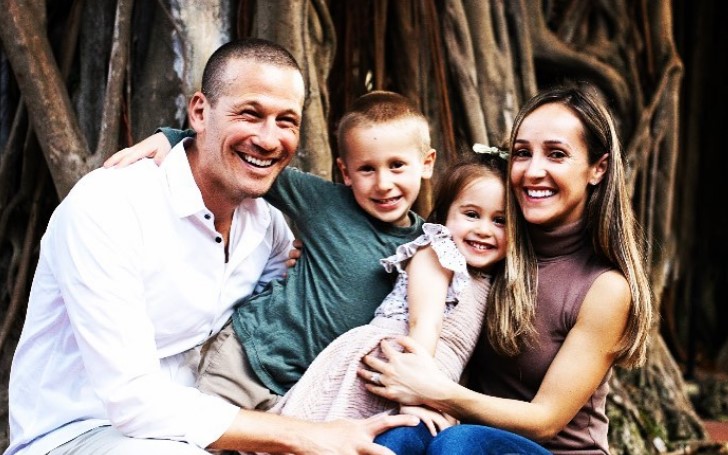 JP Rosenbaum and Ashley Hebert called it quit after almost eight years in their marriage.

The Bachelor Nation's fans couldn't believe this, this certainly is a huge shock for everyone. The Bachelorette alums JP Rosenbaum and Ashley Hebert announced their split.

The couple announced on Wednesday that they have decided to separate. Rosenbaum and Ashley took to their social media to address the news.

The couple shares two children and was together for almost eight years. Ashley on her Instagram posted a picture of her and husband slow dancing alongside a lengthy message about their split.

Also Read: Who Was Clare Crawley Previously Engaged To? Her Complete Relationship Detail

According to Hebert, the announcement came after months of separation. On her post, Ashley wrote,

"It is with a heavy heart that I share with you that, after months of separation, Jp and I have amicably decided to go our separate ways. We created the most beautiful children and shared memories that will never be forgotten."

"Our differences have taken a toll on our relationship and after years of attempting to repair the damage, we’ve decided that it is in our family’s best interest to create new and separate lives for our children."

"Please respect our privacy as we move forward with the newness of our lives. Our ultimate focus is to create stable and healthy lives for our children. Thank you for your love and support throughout the years. Wishing you all love, happiness, and good health. ❤️"

You May Also Like: How Much Is Clare Crawley Really Worth? The Complete Net Worth Details