Home / net-worth / Aaron Carter's Net Worth in 2022: Get All The Details Here

Aaron Carter's Net Worth in 2022: Get All The Details Here 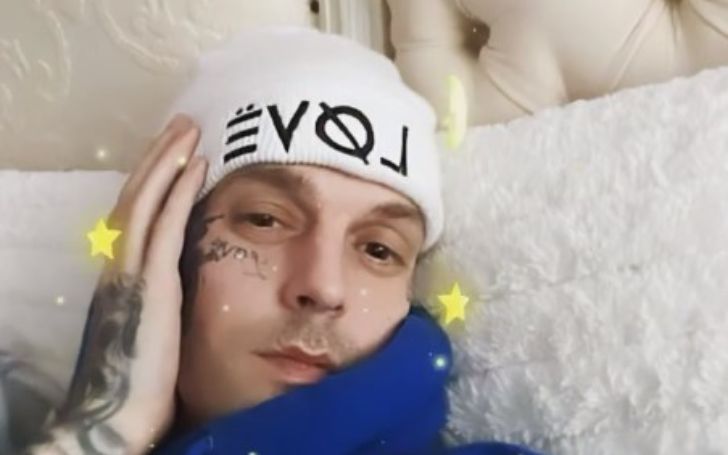 Find Out About The Net Worth And Earnings of The Rapper Aaron Carter!!

Aaron Carter is an American rapper, songwriter, dancer, actor and, record producer. As an opening act for his brother Nick Carter's band, Backstreet Boys, he played a cover version of the Jets' Crush on you, bringing him to the general public's attention.

34-year-old singer rose to prominence as a pop and hip-hop artist in the late 1990s, with his four studio albums establishing him as a star among pre-teen and teenage audiences in the early twenty-first century.

Carter is engaged to his fiancée Melanie Martin. They also welcomed their first child together. The duo named their baby boy Prince, as noted by People. Many want to know his financial status, so we'll go into the details of his net worth below.

According to Celebrity Net Worth, the estimated net worth of Aaron Carter is around $400,000 in 2021. He makes his earnings through his successful professional career.

Aaron is best known for his work as a pop singer in the late 1990s. He is also popular for appearing on shows like Lissie McGuire, Sabrina, The Teenage Witch, and 7th Heaven. His self-titled debut album, released in 1997, received gold certification in Canada, Denmark, and many other countries.

Click Here To Know: Holly Humberstone's Net Worth and Earnings in 2021

Aaron's album Aaron's Party (Get It) pushed him to fame. His second project sold over 3 million copies in the US alone, launching him on a worldwide tour. He has sold 4 million records in the US and 10 million internationally as of this writing.

The two-story stucco residence was built in 1997 near Lancaster, CA, in the Antelope Valley. It features three bedrooms, three bathrooms, and 2,686 sq feet of living area; further, it has a large backyard with a swimming pool.

Aaron Carter filed for bankruptcy in Florida in November 2013, stating a debt of $3.5 million. He shared his total assets as $8,232.16 in his bankruptcy declaration.

Aaron Carter is the father to his newborn baby boy.
Photo Source: Instagram

Carter reportedly owns the IRS $1.368 million. He also stated that his average monthly income was $2,000, and his typical monthly expenses were $2,005.

He claimed that his most valued tangible possessions were a $500 television, two MacBook computers, a Louis Vuitton Backpack, and a $3,500 Breitling watch at the time of the filing.

Aaron Carter Net Worth in 2022

According to Wealthy Persons, Aaron Carter holds a net worth of $1 million as of 2022. Yes, his financial number is better now compared to his previous one.

Carter is doing good career-wise; no wonder he is financially in a better place. The singer-songwriter frequently updates his fans with his Instagram posts.

Talking about Carter's love life, as mentioned above, he was enjoying his time raising his newborn with his fiancée. However, the duo parted ways again.

Previously, Carter and his wife-to-be went different ways after they welcomed their baby boy. Although they reconciled, things didn't work, and the love birds are no longer together, as noted by People.