After Four Years Meghan McCain is Leaving ‘The View’

The Popular Show The View co-host, Meghan McCain, announced that she is leaving the show.

Meghan McCain, co-host on the popular ABC daytime show "The View" for the past four years, announced that she would leave the program at the end of July. She decided to quit the show despite having two years left in the program.

Meghan McCain to leave the show The View at the end of July.
Photo Source: Vanity Fair

McCain, 36, is the daughter of the late Republican senator John McCain, who has been the most conservative member of the five-person panel. She attributed her decision to change in her personal life following Covid and the birth of her first child, a daughter named Liberty, in September.

Her quitting the show was to move to Washington DC with her beau, Ben Domenech, and daughter Liberty. Her husband Ben is the founder of the right-wing website The Federalist. Pandemic shifted the production of The View away from the studio in New York.

According to McCain, Covid changed how she looked at her life, the method of living her life. During her four years of journey on The View, she often found herself in the hot seat over her conservative stances and sparred with her co-hosts, notably Whoopi Goldberg and Joy Behar.

Her hostility towards the Minnesota congresswoman Ilhan Omar, a Muslim Somali American, prompted the Guardian's Arwa Mahdawi to call her toxic femininity.

On Thursday, McCain had kind words for her four co-hosts Goldberg, Behar, Sunny Hostin, and Sara Haines, with whom she tangled on such fraught topics as mask mandates and identity politics.

McCain called them the most talented women on all of television. Besides that, she also added that it is not easy for her to leave the show, but at that moment, she felt like she made the right decision. 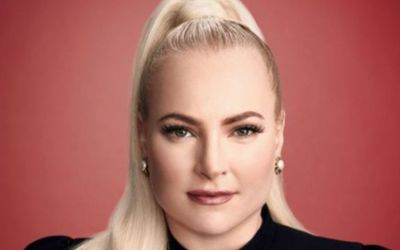