Grab All The Details Of Daniel Doheny's Net Worth and Earnings in 2021!!!

Daniel Doheny (Dating History) is a Canadian actor, theater artist, writer, and television personality. He is best known for his role in the romance drama movie Alex Strangelove and Adventures in Public School.

The 24-year-old actor is one of the best growing actors in the industry. The actor's journey from theater to big-screen movies is inspiring. Most of Daniel's fans are interested in knowing what their favorite actor owns. So, we shall be discussing the artist's net worth and earnings in 2021.

What do you think an actor like Daniel Doheny, with over eight years of experience and six movie appearances, owns? Is he a millionaire?

Daniel Doheny has a net worth of $1.5 million.
Photo Source: Instagram

Let us tell you that Daniel is a millionaire, and according to the reports of Famous Birthdays, the actor has a staggering net worth of $1.5 million.

Talking about Daniel's earnings, the actor receives $10,000 for each episode of the television series he features; similarly, it is estimated he charges $100,000 for cinematic projects.

Also, See: "The Umbrella Academy" Star Aidan Gallagher's Net Worth and Earnings in 2021

Speaking of Daniel's residence, according to a clip shared by the writer in 2016, he lived a simple life and stayed with his brother sharing a two-bedroom Crosstown apartment. Daniel believed that it was a cheat to save his money as he didn't need to pay heavy rent. The shared apartment had a roomy patio and an in-suite washer and dryer.

All About Daniel Doheny's Career

The 5' 8" tall actor started his professional acting career when he was just fifteen. He was cast in the movie Hart Attack: First Gear as Dane Jermaine. The same year the actor was also seen in the short movie False Fiend in the character of Joey.

The artist is also active in theatre. Daniel was first seen in the play Late Company. After the first play in 2014, the actor was seen in many theatre projects. Currently, the actor is associated with Touchstone Theatre.

After working in movies and theatre, the actor decided to join the television. His first television appearance was in the TV film HumanTown. After that, he showed up for an episode in the series Supernatural as Jared Hayes. Since then, he has worked in several dramas, and he is going strong.

Recommended: "Make It Rain" Singer Foy Vance's Net Worth and Earnings in 2021

After working for five years in the movie field, the actor finally got the lead role. Daniel was first seen playing a major role in the movie Adventures in Public School.

As movie critics and audiences loved Danial's role, he was offered the leading role in the movies Alex Strangelove and The Package. Both films were released in 2018.

Daniel Doheny was born on December 3, 1997, in Vancouver, British Columbia, Canada. There is no information about the actor's parents.

Regarding Daniel's siblings, he grew up with three, as mentioned by credible sources. He has a brother named Chris Doney and a sister Tarah Doney; unfortunately, the name of his third sibling is yet to be revealed.

Doheny graduated from Lord Byng Secondary School in 2008. He then attended Studio 58, a professional theatre training program at Langara College, where he graduated in 2012. The actor is less active on Social media and hasn't shared anything on Instagram for the past six months.

For more information on your favorite idols, do visit Idol Persona. 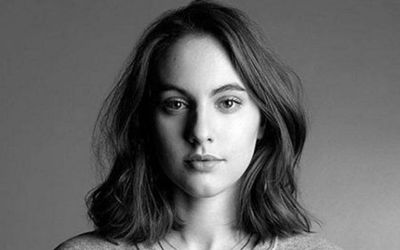 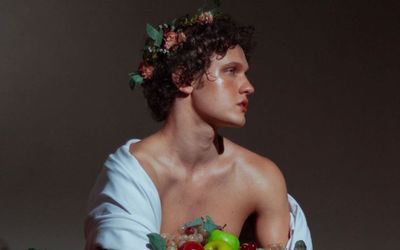