Home / health / Binky Felstead Weight Loss: Find Out How "Made in Chelsea" Star Lost a Stone

Binky Felstead Weight Loss: Find Out How "Made in Chelsea" Star Lost a Stone 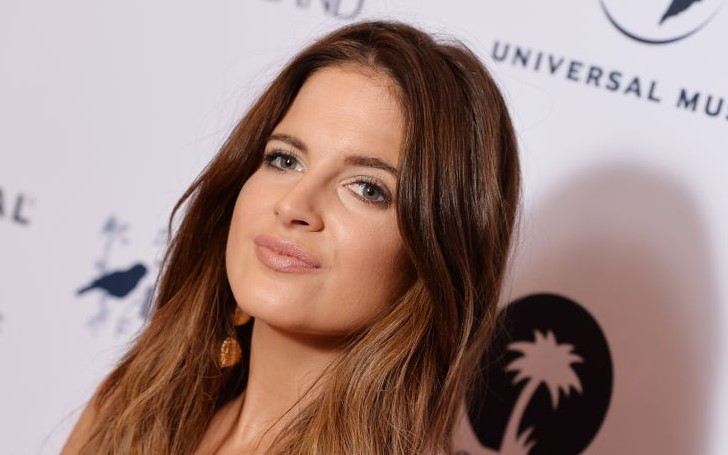 Here's what you should know about Alexandra Binky Felstead's recent weight loss.

Alexandra "Binky" Felstead (born Alexandra Elizabeth Felstead) is an English television personality who is known for her stint on the British reality show, 'Made in Chelsea.' According to some sources, the nickname 'Binky' is what her parents used to call her when she was a baby.

Binky was born on 14 June 1991; her mother, Jane Felstead, is a former regular on the show where she gave her dating advice. She even has her own column in Daily Mail. Binky Felstead is also blessed with one elder sister, Anna Louise  Felstead, who is an artist based in New York, and one elder brother, Oliver Felstead.

Well, if you don't know, Binky Felstead is also an author; the television personality wrote her autobiography called 'Being Binky: My Life in Chelsea." Alexandra just knows how to be in the spotlight, and we love for her energy.

Also Read: Why and How Doug Schoen Lost Weight Is Being Asked Quite a Lot Now

Alexandra Binky Felstead made headlines with her shocking transformation following her weight loss. The television personality lost a stone and surprised the nation.

Following her stint on the reality television show, Made in Chelsea, Binky embarked on her journey to a healthy lifestyle. The television personality saw a lot of changes in her life, from giving birth to her daughter, India, to getting back in shape, which has inspired many of her fans.

It wouldn't be too wrong to say Binky has established herself as a fitness inspiration for mothers and has taught many how to balance parenthood, work, and social life.

Talking with one of the media outlets, The Sun, Binky said,

"At first, fitness and getting in shape is the last thing on your mind. All you care about is this wonderful baby and you’re so exhausted everything is a bit of a blur. But without realising it you’re picking up prams and cots and you’re constantly on the move."

The former 'Made in Chelsea' star added,

"When India got past the only sleeping for two hours at a time stage, I had her in a strict routine which meant my life had a routine for the first time, too."

The reality television star revealed she realized she needed to change her habits when her daughter was just three months old—following which the star lost a whopping 14 pounds.

The 'Made in Chelsea' star, Binky Felstead, revealed she went to see an expert after her daughter, India, turned three months old. The expert gave her an internal examination to make sure she was okay to work out again.

"I started slowly, building up the inner core, picking up the pelvic floor, and doing breathing work. It's so important to do this. If you start jumping around too quickly, it's dangerous."

"When India got older, she started going to nursery for a few hours a couple of days a week, and I joined a circuit gym called F45. It's high-intensity strength and cardio, and I can turn up, do a 45-minute class, and know I'm done for the day. I also do home workouts. I use the Fiit app, which has everything from yoga and breathing work to cardio classes you can do in your living room."

You May Also Like: Did Etta James Undergo a Weight Loss Surgery? Here's What We Know