Home / net-worth / What is Alexis Bledel Net Worth in 2022? Details on her Earnings here

What is Alexis Bledel Net Worth in 2022? Details on her Earnings here

Grab All The Details On Alexis Bledel's Net Worth With Us!!

Kimberly Alexis Bledel is a well-known American actress, producer, and model. Bledel rose to prominence after she portrayed the role of Rory Gilmore in the television series Gilmore Girls. She is also renowned for her work in The Handmaid's Tale. However, she recently left the show.

The actress recently shared that she left the series The Handmaid's Tale. She was playing the role of Emily Malek. The 40-years-old actress is married to her husband, Vincent Kartheiser. They tied the knot in June 2014 in California.

Bledel welcomed her first child, a son, as per People, in the fall of 2015. Bledel was previously in a relationship with her Gilmore Girls co-star Milo Ventimiglia from 2002 to 2006.

Alexis Bledel holds a net worth of $6 million as of 2022 as per Celebrity Net Worth. She began her film career in 2002 with the movieTuck Everlasting. However, in 1998, she did an uncredited role in Rushmore.

The actress made her television debut with Gilmore Girls alongside Lauren Graham from 2000 to 2007. Likewise, in 2004, she played the short film DysEnchanted. In the same year, she portrayed the role of Georgina Darcy in the movie Bride and Prejudice.

In the following year, Bledel played the role of Becky in Sin City, which earned critical acclaim. The film grossed $160 million at the box office. In The Sisterhood of Travelling Pants, she co-starred with Amber Tamblyn, America Ferrera, and Blake Lively.

Bledel produced and starred in the short film Life is Short in 2006. The beautiful actress has also worked on stage in Love, Loss, What I Wore in 2011. Furthermore, she also played Regrets in 2012 and College Republicans in 2017. Bledel was only 19 years old in Gilmore Girls Season 1.

The 5 feet 6 inches in height actress has embraced the cover of many magazines such as Seventeen, Glamour, and Teen Vogue. She has also appeared in commercials and advertisements. The actress appeared in the print ads for Naturistics and Bonne Bell.

You Can Also Visit: Anna Shaffer Net Worth - How Much Does She Make from The Witcher?

I'm Reed Fish, Zoom, Post Grad, The Good Guy, The Conspirator, Girl Walks Into A Bar, Parts Per Billion, Jenny's Wedding, and Crypto are some well-known movies that Bledel has worked in. In addition, she also starred in the music video She's Gonna Break Soon by Less Than Jake in 2003.

ER, Mad Men, Remember Sunday, Us & Them, and Motive are renowned TV shows where we can see Bledel. She won a Primetime Emmy Award for Outstanding Guest Actress in a Drama series in 2017.

Click To Know: Matthew McConaughey Net Worth - Here's the Complete Breakdown of His Wealth

On September 16, 1981, Alexis Bledel was born in Houston, Texas, US. She lived with her parents, Nanette Bledel, a gift processor and flight attendant, and Martin Bledel. Her father is from Argentina.

Bledel has a sibling named Eric Bledel. They were raised in a Spanish-speaking household. Regarding Bledel's educational qualifications, she attended St. Agnes Academy, where she learned English. She also studied at Lutheran and Baptist schools.

You May Also Like: Renee Zellweger Net Worth - The Complete Breakdown

When Bledel was a child, her mother helped her get involved in theatres to get rid of her shyness. Bledel was cast in the plays such as The Wizard of Oz and Our Town. She enrolled at New York University's Tisch School for the Arts to study film. However, she left after a year.

Alexis Bledel and Vincent Kartheiser sold their home in Brooklyn Heights for $1.32 million in 2016. The home contained one bedroom and two bathrooms. They lowered the price from $1.56 million.

For the latest updates on Celebrity Net Worth Content, stay tuned with Idol Persona. 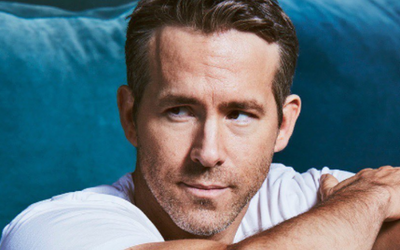 Who is Richer Blake Lively or Ryan Reynolds? Into Power Couple's Net Worth