Home / net-worth / Is Alicia Silverstone still Acting? What is her Net Worth?

Is Alicia Silverstone still Acting? What is her Net Worth? 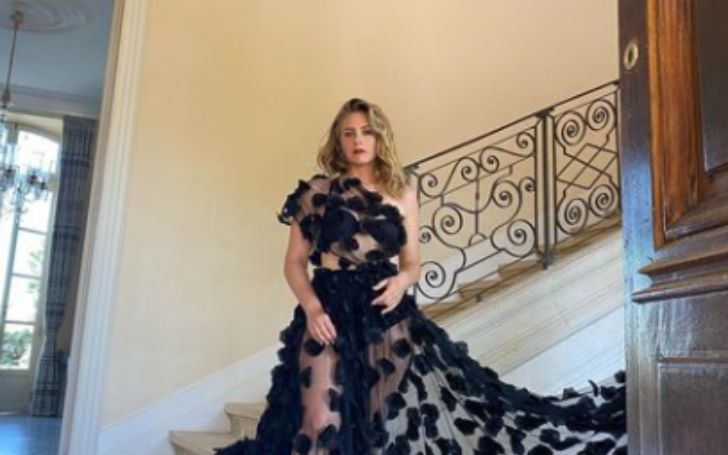 Grab All The Details On Alicia Silverstone Professional Life!!

Alicia Silverstone is an actress from the United States. She made her film debut in The Crush, for which she won the MTV Movie Award for Best Breakthrough Performance in 1994.

Clueless' actress became a teen idol when she starred in the music video for Aerosmith's "Cryin" when she was 16 years old. Silverstone, 45, was married to her beau, Christopher Jarecki; however, she and her husband parted ways.

Yes, Alicia Silverstone is still acting. She first appeared in ABC's The Wonder Years in 1992 as Kevin Arnold's "dream girl" in the "Road Test" episode. Then in 1993'sThe Crush opposite Cary Elwes.

Alicia Silverstone is an actress from the United States.
Photo Source: Instagram

Silverstone later starred in the TV movies Torch Song, Scattered Dreams, Cool and the Crazy, and the music videos Cryin, Amazing, and Crazy. She made four appearances in 1995: Le Nouveau Monde, Hideaway, Clueless, and The Babysitter.

Alicia got a multi-picture deal with Columbia-TriStar and launched a production business named First Kiss Productions after the success of Clueless. Similarly, she played Sharon Spitz on Braceface, which she also produced, from 2001 to 2003, and represented the Princess of France in a 2000 rendition of Love's Labour's Lost.

You May Also Like: Simon Konecki's Ex-wife Clary Fisher' Net Worth; Here is the Complete Detail of Earnings

Silverstone co-starred in a Broadway version of The Graduate with Kathleen Turner and Jason Biggs in 2002. She starred in the NBC series Miss Match.

Silverstone has appeared in The Art of Getting By, Butter, Diary of a Wimpy Kid: The Long Haul, and Book Club. She has appeared in Children's Hospital, Suburgatory, and Bajillion Dollar Propertie$ as a guest star. Alicia returned to Broadway in 2012 with The Performers, and in 2018, she starred in the Paramount Network's American Woman.

In 2020, Alicia starred in Bad Therapy and Sister of the Groom before joining the Netflix series The Baby-Sitters Club as Elizabeth Thomas-Brewer. On the Netflix animated series Masters of the Universe: Revelation, Alicia voiced Queen Marlena.

The estimated net worth of Alicia Silverstone is around $20 million per Celebrity Net Worth. For her work in Miss Match, Alicia received a Golden Globe nomination for Best Actress in Television Series Musical or Comedy.

The estimated net worth of Alicia Silverstone is around $20 million.
Photo Source: Instagram

Silverstone bought a 2,402 square foot property in Los Angeles for $597,000 in 1996. The four-bedroom, two-bathroom home is environmentally friendly, with solar panels and an organic vegetable garden.