Home / lifestyle / Is Alycia Debnam-Carey Lesbian? Detail About her Relationship

Is Alycia Debnam-Carey Lesbian? Detail About her Relationship 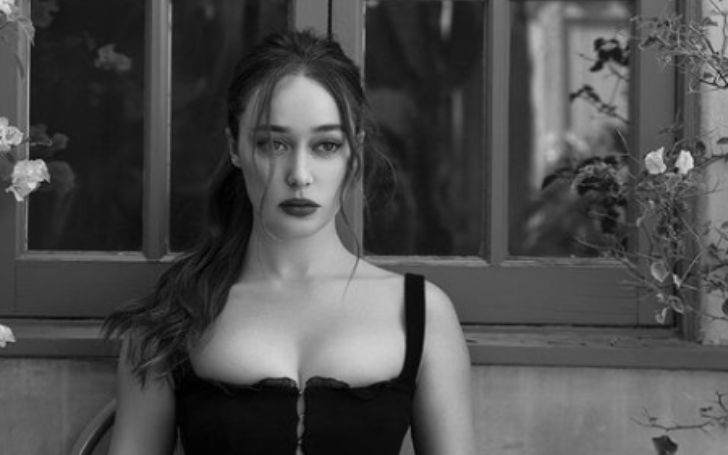 Is Alycia Debnam-Carey Leabian? Find It Out Here Alongside Her Personal Life.

Alycia Debnam-Carey is an actress from Australia. 5'5'' tall artist is most recognized for her roles on The 100 and Alicia Clark on Fear the Walking Dead. She and Eliza Taylor are two actresses best known for their work on The 100.

Debnam-Carey has earned a respectable sum of money due to her work in films and television series. The 28-year-old actress' net worth is estimated to be approximately $3 million.

No, Alycia Debnam-Carey is not lesbian. When it comes to her relationship, she has always kept her distance from the public. Except for her work, every aspect of her has remained a mystery to her fans and the media.

Alycia Debnam-Carey is an actress from Australia.
Photo Source: Instagram

As per The Things, The actress was rumored to be dating Marcus Castrus, who was said to be her boyfriend. Debnam-Carey's long-term partner allegedly cheated on her, according to the rumor. He was believed to be involved with several other women, which crushed the actress's heart, but the truth remains unknown.

You May Also Like: Conan Gray Rumors to be Bisexual, Detail About his Affairs and Relationship

Alycia is still unmarried, and she is assumed to be single right now. She hasn't been spotted with anyone in public, and it appears that she is waiting for the right person to come along.

Alycia Debnam-Carey was born in Sydney, Australia, on July 20, 1993. Leone Carey, her mother, was a writer for children's television, and her father was a musician.

Debnam-Carey and her brother used to help their mother play out the program segments she created when they were kids. Alycia began acting at the age of eight and spent ten years studying classical percussion. Alycia was a percussionist at the Newtown High School of the Performing Arts.

Alycia and over 40 other musicians composed a piece in a two-week program and played it in the Sydney Opera House in 2010, in collaboration with the Berlin Philharmonic. The NSW Government named her a notable achiever after receiving top marks in six of her Higher School Certificate courses: English Advanced, English Extension 1, Drama, Modern History, and Music 2 and Visual Arts.

The Fear the Walking Dead actress was awarded the Premier's Award for achieving a score of 90 or above in over ten units, as well as an OnStage nomination for drama and an HSC Encore nomination for music. Alycia almost went to the Sydney Conservatorium of Music after graduating from Newtown High School in 2011 but decided to pursue acting instead.

Martha's New Coat, an award-winning short film, was Alycia's first role. In McLeod's Daughters, an Australian television series, she made her television debut as a guest star. Similarly, in 2008, Debnam-Carey starred in the television film Dream Life. Alycia appeared in a guest role in the TV show Dance Academy. She walks the purple carpet at the Avengers: Infinity War world premiere.