Home / lifestyle / Is Amanda Bynes Dating as of 2022? Learn her Affairs & Dating History

Is Amanda Bynes Dating as of 2022? Learn her Affairs & Dating History 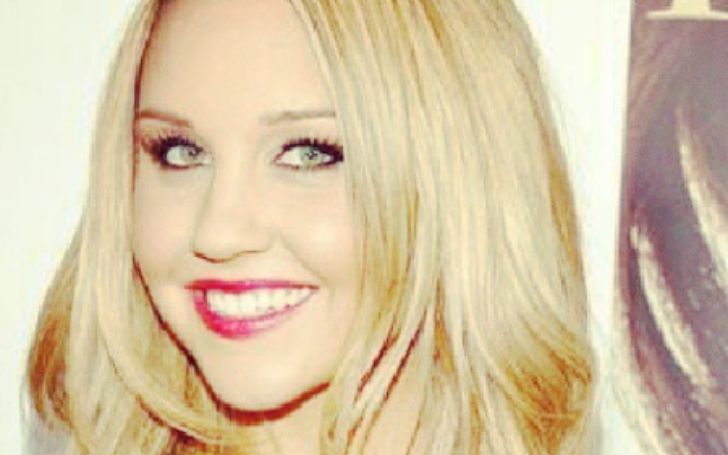 Grab All The Details On Amanda Bynes' Personal Life!!

Amanda Bynes has a net worth of $3 million. She is an award-winning actress, fashion designer, and singer. She has amassed a substantial net worth due to her various performing jobs on television and cinema.

Bynes also has a relatively successful singing career and is the founder of her own fashion line, Dear. She has worked in several movies.

As of 2022, Amanda Bynes isn't married but might be dating someone. Who is her prince charming? Well, his name is Paul Michael.

According to Celebrity Net Worth, she confirmed her engagement with Paul Michael on her Instagram page in March 2020. In March 2020, the couple announced that they were expecting their first child after meeting at an AA meeting.

Amanda Bynes has a $3 million net worth as an award-winning actress, fashion designer, and singer.
Photo Source: Instagram

This message was later removed, and Bynes' attorneys confirmed that she was not expecting a child. Because Amanda is still under conservatorship, she will need permission to marry Michael.

Amanda has dated several actors from the entertainment industry in her personal life. She began dating actor Nick Zano (2003-2004).

Recommended: Are Jenna and Bodhi Elfman still Married? Detail About Their Married Life and Relationship

Following her break up with Nick, news came out that Bynes might be dating Taran Killam (2001-2002). In addition, from 2008 to 2009, she was said to be dating Doug Reinhardt. Amanda has also dated Drake Bell, Frankie Muniz, and Kid Cudi.

"All That" Star Amanda Bynes Wiki/Bio

On April 3, 1986, Amanda Bynes was born in Thousand Oaks, California. Rick Bynes, her father, is a dentist, and her mother Lynn Bynes is a dental assistant and office manager. They have three children, and she is the youngest of them.

Bynes was featured on the cover of the July 2003 edition of Vanity Fair. In 2006, she was named one of the 25 Hottest Stars Under 25 by Teen People.

In April 2012, Amanda was detained for DUI, then four months later, she was arrested for a hit-and-run. Bynes was involved in four hit-and-run accidents during this time. Her license in California was finally revoked.

Bynes went to New York City not long after, where her behavior remained especially unstable. She was arrested by Ventura County sheriff's deputies in July 2013 after she allegedly set a small fire in the driveway of a stranger's home in Thousand Oaks.

Amanda was admitted to the hospital and placed on a 72-hour mental-health evaluation hold. She enrolled in the Fashion Institute of Design & Merchandising in Irvine in December 2013.