Home / net-worth / How Much is Amanda Seyfried Net Worth? Complete Breakdown of her Earnings Here

How Much is Amanda Seyfried Net Worth? Complete Breakdown of her Earnings Here 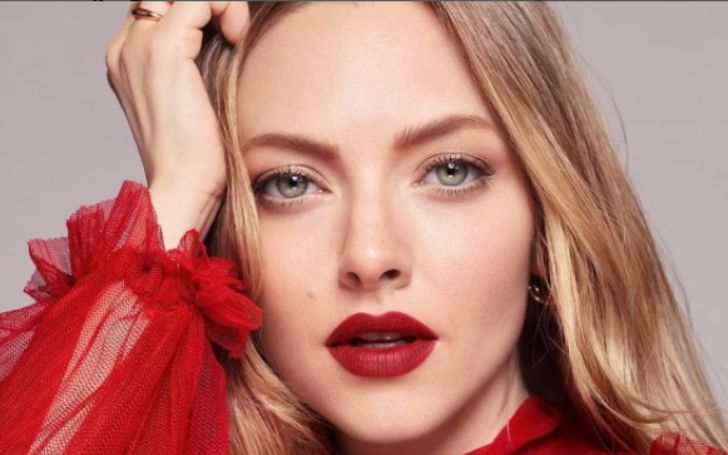 Grab All The Details On Amanda Seyfried's Net Worth!!

Amanda Seyfried is an actress, singer, and model from the United States of America. She rose to popularity with her portrayal as Lilly Kane on the UPN television series Veronica Mars and her feature picture debut in the teen comedy Mean Girls.

How Much is Amanda Seyfried's Net Worth?

As per Celebrity Net Worth, Amanda Seyfried's net worth is reported to be $12 million. She amassed an impressive fortune through her outstanding acting career.

Amanda Seyfried is an actress, singer, and model from the United States of America.
Photo Source: Instagram

Seyfried earned the Locarno International Film Festival Award for Best Actress for her role in Nine Lives in 2005. She was named ShoWest Breakthrough Female Star of the Year in 2010. She won the MTV Movie Award for Best Scared-As-S**t Performance for her work in Jennifer's Body.

Amanda purchased a 1,585 square foot condo in NYC's Greenwich Village for $1.7 million in 2010 and a property in the Beachwood Canyon region of Los Angeles for $1.85 million from her "Jennifer's Body" co-star Adam Brody the following year.

Seyfried also owns a Catskills farmhouse with a barn (converted into a hotel) and a stable for her goats and horses.

Amanda Seyfried first appeared on As the World Turns in 1999, playing Lucy Montgomery. She appeared in 27 soap opera episodes till 2001, then guest-starred on ABC's All My Children for five episodes in 2003.

As Karen Smith in Mean Girls in 2004, Seyfried was a big hit. She also appeared in guest roles on Law & Order: Special Victims Unit and Veronica Mars during that year. She played in the movie Nine Lives, American Gun, and Alpha Dog as well as guest-starring on House, Wildfire, CSI: Crime Scene Investigation, and Justice.

Amanda joined the Emmy-nominated show Big Love in 2006 as Sarah Henrickson, a member of a polygamous Mormon family. She appeared in 44 episodes over the show's run.

Recommended: How Much is Sadie Calvano's Net Worth? All the Earning Details Here

Jennifer's Body, Dear John, and Letters to Juliet were among Seyfried's films. She appeared in Mamma Mia! and its sequel, Mamma Mia! Here We Go Again, alongside Meryl Streep.

Amanda starred as Red Riding Hood in 2011. She collaborated with Justin Timberlake in the science fiction picture In Time before portraying Cosette in the cinematic adaption of her favorite musical, Les Misérables. Seyfried co-starred in Seth MacFarlane's A Million Ways to Die in the West, starring Charlize Theron, Neil Patrick Harris, and Liam Neeson in 2013.

Amanda has acted in several films, including The Last Word, The Art of Racing in the Rain, and You Should Have Left, as well as providing the voice of Daphne in the most current Scooby-Doo film, Scoob! A Mouthful of Air, Things Heard, and Seen, and Mank are among Amanda's other credits.