Home / lifestyle / Who is Amber Portwood's New Boyfriend? Find Details of Her Son and Daughter!

Who is Amber Portwood's New Boyfriend? Find Details of Her Son and Daughter! 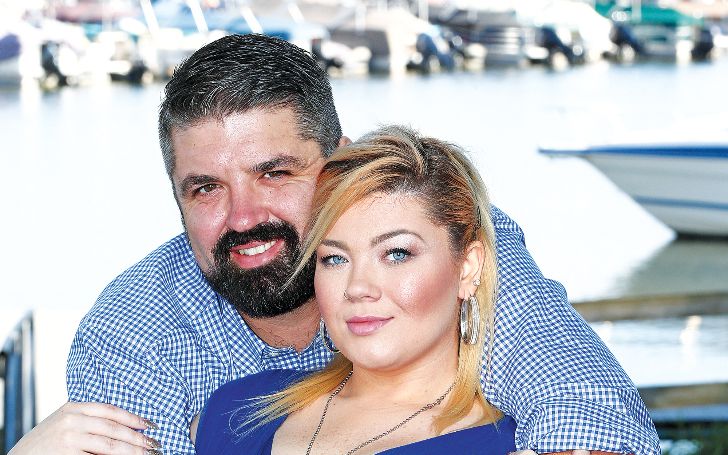 Grab all the details on the new boyfriend, son, and daughter of the reality television personality Amber Portwood.

Amber Portwood is a well-known American television personality, who first came into significant fame from the reality television series, '16 and Pregnant' in 2009, which documented the pregnancies and first months of motherhood for several teenage girls.

Later, Portwood also appeared in the spin-off series 'Teen Mom,' and appeared in each of its four seasons until its conclusion in 2012. Again in March 2015, Amber returned to MTV for the fifth season of the show, renamed 'Teen Mom OG.' Amber's personal life's also been the highlight of her life, with the reality star often getting charged with domestic violence against her partners. With her recent relationship ending with the same incident, people nowadays are curious to know who her new boyfriend is. So we compiled some details on her current relationship status in the sections below.

Who is Amber Portwood's New Boyfriend?

Amber Portwood - who also underwent weight loss following her breakup - is currently in a relationship with a guy named Dimitri Garcia. Dimitri is from Belgium and met the reality star for the first time online after her split from Andrew Glennon following the domestic violence incident. The two first began talking on social media in the fall of 2019 before they started to go out exactly.

An article by Distractify gave a more in-depth insight into Dimitri and Amber's relationship: 'He's not a superfan or anything; he's just a guy who happened to watch the show. She's just getting to know him. They've been spending time together at her place. He's a breath of fresh air.'

Also See: Who is Sophie Dahl's Husband? Details of Her Married Life!

Even though Dimitri is not a huge fan of the show 'Teen Mom,' he did watch it a few times. When he saw Amber on the series, he thought she was pretty, which got him eager to reach out to her online. And he did, as Garcia made the first move by complimenting her appearance. They gradually bonded over the talk about their children, and after some time, they began dating. Dimitri Garcia, also a father, has a son and a daughter.

Amber Portwood was pregnant with her first child by Gary Shirley in 2008, her high school boyfriend at the time. She was still in high school then, so she quit her studies after she became pregnant. On November 12, 2008, Amber gave birth to their daughter, Leah Leann Shirley. Amber and Gary were engaged for a time but ultimately separated, with Shirley being granted full custody of Leah in December 2011.

Afterward, Amber dated Matt Baier, an amateur DJ whom she met through Twitter. The relationship lasted from 2014 until 2017.

Check Out: Who is Brian van de Graaff's Wife? Details of His Married Life!

Amber soon started dating Andrew Glennon and fell pregnant a second time in 2017. She gave birth to their son, James Andrew Glennon, on May 8, 2018. The couple separated in 2019 when Andrew filed charges against Amber for domestic violence, accusing her of attacking him with a machete. Currently, Andrew is taking care of their son.