Find out all the top 5 facts you need to know about the American actor Kevin James.

Actor Kevin James is best known for his part in the CBS sitcom 'The King of Queens,' where he played the role of 'Doug Heffernan.' For his performance in the series, he earned a nomination for the 2006 Primetime Emmy Award for Outstanding Lead Actor in a Comedy Series. Additionally, he also starred in another CBS sitcom, 'Kevin Can Wait,' for which he got nominated for a 2017 People's Choice Award.

Kevin James' movie appearances include in films like 'Hitch,' 'I Now Pronounce You Chuck & Larry,' 'Paul Blart: Mall Cop,' 'Grown Ups,' 'Zookeeper,' 'Here Comes the Boom,' and 'Pixels.' Similarly, he also voice-acted for animated movies, such as 'Barnyard,' 'Monster House,' and the 'Hotel Transylvania' film series. Below, we listed some interesting facts you need to know about the 55-year-old actor, so you get to know him better.

Kevin James was born on April 26, 1965, in Mineola, New York. He was named Kevin George Knipfing by his parents, who raised him in Stony Brook, New York. His mother, Janet, was a office worker, and his father, Joseph Valentine Knipfing Jr., worked as an insurance agency owner. Kevin James has an elder brother, comedian and actor Gary Valentine, and a sister, Leslie.

Kevin James graduated from Ward Melville High School. After graduating from high school, he went to attend the State University of New York at Cortland, where he played halfback on the varsity football team.

Kevin James began his career for the first time in 1989 when he started doing stand-up comedy at the East Side Comedy Club on Long Island. Soon, he gained popularity by making numerous appearances on various talk shows, including 'The Tonight Show with Jay Leno,' 'Late Show with David Letterman,' 'Late Night with Conan O'Brien,' 'Dennis Miller Live,' 'The Late Late Show,' 'The Rosie O'Donnell Show,' 'The Ellen DeGeneres Show,' and 'Live with Regis and Kathie Lee.'

Kevin James began his career for the first time in 1989.
Source: Fox News

Kevin James later even came in number 89 on Comedy Central's list of the 100 Greatest Stand-Up Comedians. His stand-up routines so far include on Just for Laughs, an annual comedy festival in Montreal, Quebec. He also did his own stand-up special called 'Kevin James: Sweat the Small Stuff.'

Kevin James worked on television for the first time in 1991, where he played the actor that pulled the practical jokes on unsuspecting people on 'The New Candid Camera.' He also worked as an announcer for the MTV sports game show 'SandBlast' from 1994-96. He got an opportunity to guest star on a few episodes of the hit CBS sitcom, 'Everybody Loves Raymond.' For his part in the show, he was nominated for a Primetime Emmy Award for Outstanding Lead Actor in a Comedy Series in 2006.

Kevin James worked on television for the first time in 1991.
Source: Yahoo

Kevin James is currently married to his wife, Steffiana de la Cruz. She is an actress by profession, and the couple got married on June 19, 2004, in California.

The couple shares four children at present. They have three daughters, Shea Joelle and Sienna-Marie, the duo's first two children, and the youngest one, Sistine Sabella James. Their son Kannon Valentine James is the third child among the four.

Kevin James was the grand marshal for the Pepsi 400 promoting the comedy film 'I Now Pronounce You Chuck & Larry' and saying 'Gentlemen, start your engines.' He also returned to do so again in 2010 with a friend and fellow actor Adam Sandler to promote 'Grown Ups,' in 2012 at the fall Talladega race to promote 'Here Comes the Boom' and in July 2013 at the Coke-Zero 400 with co-stars Sandler and Shaquille O'Neal to promote 'Grown Ups 2.'

Kevin James was the grand marshal for the Pepsi 400 promoting the comedy film 'I Now Pronounce You Chuck & Larry.'
Source: CBS

In 2020, Kevin James revived his YouTube channel, which he had launched back on November 27, 2017. The channel currently boasts 582k subscribers. 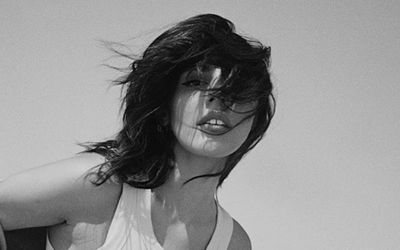 Who is Orion Carloto? Some Facts You Should Know 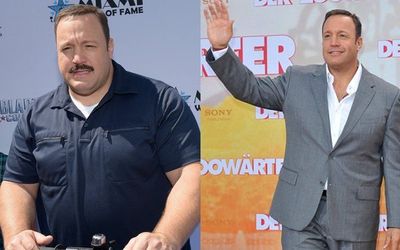