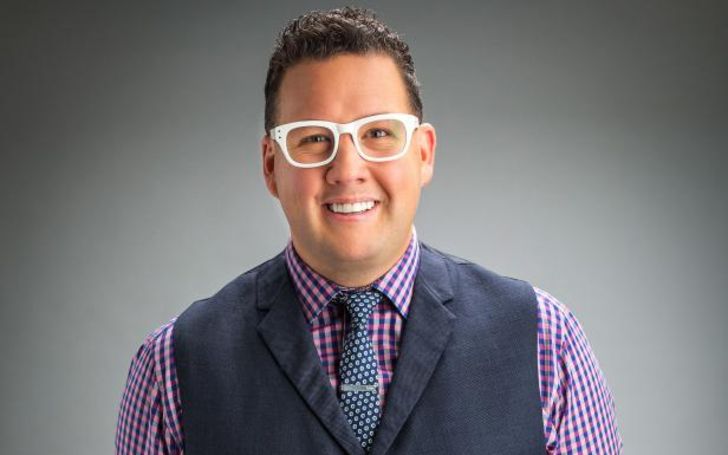 Here are five facts you will love to know about the American restaurateur, chef, and reality television star, Graham Elliot.

Graham Elliot is a reality television personality who has made his appearance in several cooking shows. He began to show up on the screen as the contestant on the programs Top Chef Master and Iron Chef.

Besides participant, Elliot also made his presence as the judge on the first six seasons of 'MasterChef,' and on its spinoff, 'MasterChef Junior.' We will share more details on Elliot, so to grab it all, keep on reading.

Graham Elliot was born in Seattle, Washington, on January 4, 1977. He was welcomed by his father John Bowles and mother, Kate Tippett-Bowles.

Click To Know: Who is Jennifer Hudson's Husband? Details of Her Married Life

Elliot belongs to Caucasian ethnicity, and he holds an American nationality. Regarding his education, he passed out from Johnson & Wales University. Before making his name in the culinary business, he worked as a dishwasher and busboy for living. Luckily, he honed cooking craft and rose to fame.

Once upon a time, the renowned chef Graham Elliot used to weigh almost 400 pounds. Can you guys believe that by seeing the current him? We also didn't, we found out about his heavyweight through People. He was operated with sleeve gastrectomy surgery in 2013 to drop down his body fat.

However, the surgery wasn't the only thing he went through; the motivated Elliot also brought a change in his lifestyle to reduce his weight. After a severe operation and a healthy diet plan, he got a surprising result within nine months. He lost a massive 147 pounds, which increased his excitement.

Speaking of Graham Elliot's fortune, he has managed to generate an impressive net worth of $1.5 million as of 2020. He earned a millionaire tagline with his successful career as a chef, television personality, and restaurant owner.

The award-winning chef, Graham Elliot, is married to his beautiful wife, Allie Elliot. Though their relationship status is open to the public, the internet world is still unknown when they tied the knot.

Besides a supportive lover, Allie is also a business partner to Graham. Indeed, she helps her beau in his professional life too.

The Graham-Allie duo expanded their family with three children, Mylo Ignatius, Conrad Matthias, and Jedediah Lindsay. Despite having a busy schedule, Elliot do find leisure time to spend with his kids.

Graham Elliot do love to share his knowledge with the mass. To give people the idea to cook several delicious foods, he even wrote a book.

Elliot is the proud author of the book, Cooking Like a Master Chef: 100 Recipes to Make the Everyday Extraordinary. Further, the book was a foreword by Mary Goodbody and Gordon Ramsay. His publication, like its name, suggests guiding the reader to prepare hundreds of different remarkable dishes in your kitchen.

For more exciting articles like this, feel free to visit Idol Persona.

Who is Graham Elliot's Wife? Details of His Married Life!