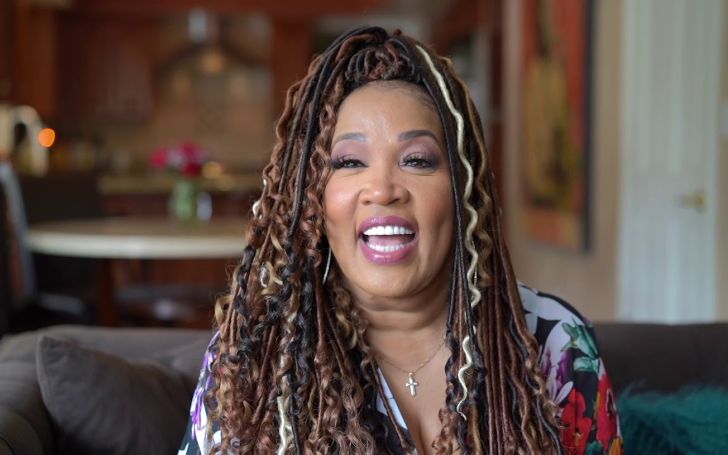 Who is Kym Whitley? Let's find out.

Kym Whitley is an American comedian and actress renowned for her work on television sitcoms, including Animal Practice, The Boondocks, The Parkers, and Young & Hungry.

In Whitley's long-run career, she has been nominated for a couple of awards and even managed to win Best Guest Actress for her appearance in the drama The Bay. We will share five facts about her today, so keep on reading till the end to know it all.

The gorgeous actress Kym Whitley was born on July 21, 1961, in Shaker Heights, Ohio. She was raised by her mother, Kaysonia, and father, William Whitley.

Whitley's dad was a founding partner of the black architectural firm of Whitley and Whitley. She grew up with her two siblings, two older brothers, Kyle and Scott.

The 58-years-old Whitley went to Shaker Heights High School for her early education. Then she attended Fisk University in Nashville, Tennessee, where she completed the rest of her academic journey.

The Sitcom Star Whitley Has a Son, Joshua

It's not a secret for Kym Whitley's fans that she has a cute son Joshua in her life. He is her adopted son. She welcomed him in January 2011. Though she was nervous about taking the steps, her family and friends' support made her confident enough to initiate her action.

The duo of mother and son can be seen in the Whitley Instagram page, which reflects the purest love that will melt anyone's heart without a doubt.

Joshua even got himself a fatherly figure, Rodney Van Johnson who is a close friend of Whitley. Due to this reason, there was speculation that Whitley and Johnson were in a relationship. However, it wasn't right, as Johnson is married to his wife, Carmen Obando, with whom he shares two children.

Is Whitley's Dating Anyone?

If you guys made it to this line, then it's pretty clear that Kym Whitley hasn't tied her wedding knot with anyone right now. But what about her dating life. Is she with someone special? Well, it's a mystery that can only be solved by Whitley, herself.

The star of Raising Whitley, Kym, is quite private about her love life. The reason might be her lovely son. We do know she has welcomed a baby boy, Joshua, in her family. She is taking care of him on her own, and her child is still young. Now, any relationship trouble might harm him; as a result, she might be being careful about getting into a relationship.

However, when Whitley meets someone she can trust as the father of her kid, she might begin her dating life again. Till then, we think it's legit for us to say she is single.

Kym Whitley stepped into the movie industry back in 1992. She made her first appearance in the TV series Vinnie & Bobby as a Glodine. Since that day, she has portrayed various characters in several movies and dramas.

Whitley has been part of TV shows like Let's Sat Together, The King Assassin Show, Black Dynamite, Pinky Malinky, and many more. Further, she became cast in movies like Silent No More, Sebastian, and Anything Is Possible.

Whitley and Her T-Shirts, Don't Feed Me

The actress Kym Whitley lives a luxurious life, supported by her fruitful career. So, she is rich. But her pocket isn't the only big thing; her heart beats for the people who are in need of kindness.

With her pal Johnson, Whitley launched a line of T-shirts named "Don't Feed Me" in 2013. With her shirts, she informs caregivers about the children who have specific food allergies. Moreover, she is also active in several charity works; unfortunately, details on that lives in shadow.