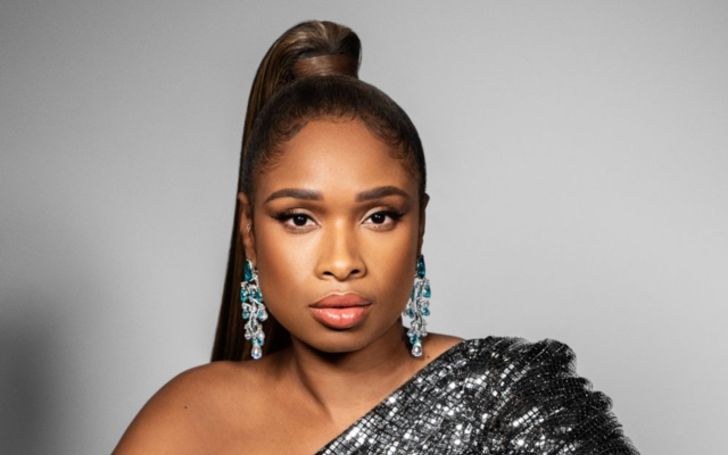 Who is Jennifer Hudson? Well, she is a renowned American singer, actress, and philanthropist. She amasses massive wealth with her exceptional career history.

However, there are also tragic stories on Hudson's life, which we will share with you today. Thus, to grab more details about her, keep on reading.

Born on September 12, 1981, in Chicago, Illinois, U.S, Jennifer Kate Hudson is also known by her moniker J.Hud. She is the youngest child of her father, Samuel Simpson, and mother, Darnell Donerson. Both of her parents passed away years ago.

The 38-years-old Hudson has two sisters, Julia and Dinah, and had a brother Jason. She grew up as a Baptist in Englewood. Further, she completed her early education from Vocational High School in 1999.

Also See: Who is Yo Gotti's Wife? Details of His Married Life

Subsequently, for higher academic qualification, Hudson joined Langston University far from her hometown. Unfortunately, homesickness and unhappiness with the weather forced her to leave after a semester. She then pursued the rest of her education from Kennedy-King College.

Speaking of Jennifer Hudson's professional history, she began her career as a singer. Her love for music started way before she even made a mind to make a career from it. When she was seven years old, she began to sing with the church choir. Further, she also did lots of Community Theater, with the help of her late maternal grandmother, Julia.

Hudson came to spotlight after her appearance in the third season of American Idol in Atlanta. Though she didn't win the first title, she grabbed tons of applaud for her talent. Her departure from the show was shocking for all, as she was one of the finest singers in the competition. Later on, MTV listed Hudson as the sixth greatest American Idol in May 2009.

Click To Know: Who is Scott Stallings Wife? Details of His Married Life

Prior to her presence in American Idol, Hudson used to sing on Disney Cruise Lines. Further, she had a five-year contract with Righteous Records, which she ended early so that she could appear on the show, American Idol, in 2004.

Regarding Hudson's career details as an actress, she debuted from Dreamgirls, portraying the role of Effie White. Since then, she appeared in several other movies and series like Sex and the City, Smash, Black Nativity, Lullaby, Empire, and many more.

Hudson's recent work was in the movie Cats, a comic-drama released on December 20, 2019. Similarly, for 2020, she will show up playing the main role in the biopic of Aretha Franklin, Respect. The movie is currently on its post-production.

The gorgeous artist, Jennifer Hudson has managed to accumulate a gigantic net worth of $18 million as of 2020. The credit for her massive fortune goes to years of devotion for her career as a singer and actress. Furthermore, she also garnered some portion of her greens as a spokesperson.

Jennifer Hudson was romantically linked with her ex-boyfriend James Payton. They began dating in 1999 when she was only 18 years old. Their relationship ended in late 2007.

Subsequently, Hudson tied the wedding knot with David Otunga, a professional wrestler in the WWE and a Harvard Law graduate. They shared engagement rings in September 2008. However, their love life ran out of luck, and the pair got separated in November 2017.

Before their separation, Hudson gave birth to her first child, a son, David Daniel Otunga, Jr., with her former beau Otunga in August 2009.

We did say Jennifer Hudson faced some tragedy in her life. One of them is the death of her 57-year-old mother Darnell, 29-year-old brother Jason and 7-year-old nephew, Julian King. Specifically, they were brutally murdered by her older sister, Julia's estranged 27-year-old husband, William Balfour.

Balfour was charged with three counts of first-degree murder and one count of the home invasion. Subsequently, he was sentenced to three life sentences without the possibility of parole, served consecutively, followed by an additional 120 years for his other convictions in July 2012.

Later, Hudson's family created The Hudson-King Foundation for Families of Slain Victims, in honor of the three victims. Further, Jennifer and her sister organized the Julian D. King Gift Foundation in honor of her late nephew. The non-profit organization provides Christmas presents and school supplies to families in need in the Chicago area.

For more exciting articles like this, feel free to visit Idol Persona.

Who is Jennifer Hudson's Husband? Details of Her Married Life