Home / lifestyle / Who is Amy Spanger? Who is She Dating Currently?

Who is Amy Spanger? Who is She Dating Currently? 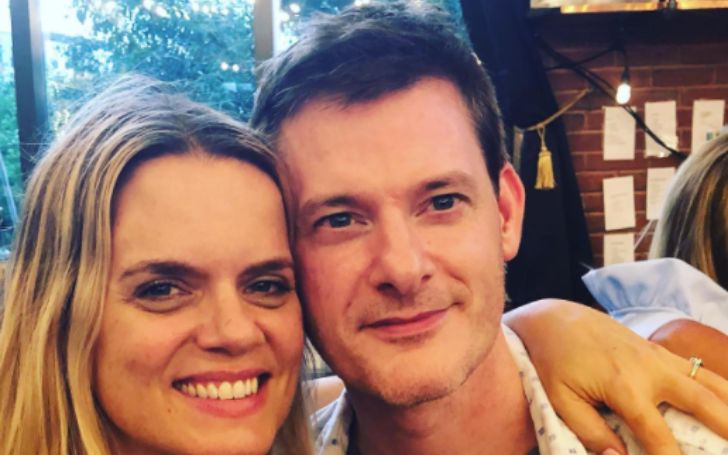 Grab All The Details On Amy Spanger Personal Life!!

Amy Spanger is a well-known American singer and actress who has appeared on stage and on Broadway. She is best recognized for co-starring alongside Jason Schwartzman, and Ted Danson in HBO's hit series Bored to Death as Kitty.

Spanger has also starred in many television shows, which pushed her into the spotlight and gained her fame and admiration.

Who is Amy Spanger?

As per The Famous People, Amy Spanger was born on August 23, 1971, in Newbury, Massachusetts. Her parents' names remain unknown to the general public. There is likewise no information about any of her siblings.

Spanger got her high school graduation from Triton Regional High School in Byfield, Massachusetts, in 1989. Amy is most recognized for her roles in Royal Pains, New York, and Reefer Madness: The Movie Musical. Since 1994, she has worked in the entertainment sector.

Who Is Amy Spanger Dating Currently?

Amy Spanger, 50, is not dating anyone; infact, she is married now. She is married to Brian Shepard. On December 20, 2010, the duo announced their engagement. They've been together for a decade.

Amy Spanger, 50, is not dating anyone; infact, she is married now.
Photo Source: Instagram

On their 10th anniversary, September 4, 2021, Spanger shared a cute photo of the two on Instagram, captioned it, "10 years ago I said yes to this wonderful human." I think it's the best thing I've ever done. He is the most fantastic person I have ever met. "Happy Anniversary, my sweetheart!"

You May Also Like: Who is Gaspard Ulliel's Wife? Learn the Late Actor's Relationships & Affairs

The pair are having a wonderful time as a married couple. There are no indicators of divorce or separation. Talking about their children, the lovebirds have yet to become parents.

Amy Spanger was the first wife of Michael Carlyle Hall. He is an actor and musician from the United States. Michael is most recognized for playing the titular character in the Showtime series Dexter. Hall was ta lead vocalist of Princess Goes to the Butterfly Museum.

The couple tied the knot in 2002. The summer after their wedding, Hall starred as Billy Flynn opposite Amy Roxie Hart in the Broadway musical Chicago. Unfortunately, the pair divorced in 2006 after splitting up in 2005.

It's unclear why the lovebirds married and split. As a result, Amy and Michael's love story is kept a secret. They dated for four years before marrying.