Home / health / Andy Ruiz Jr. Remarkable Weight Loss, Find Out How He Did It

Andy Ruiz Jr. Remarkable Weight Loss, Find Out How He Did It 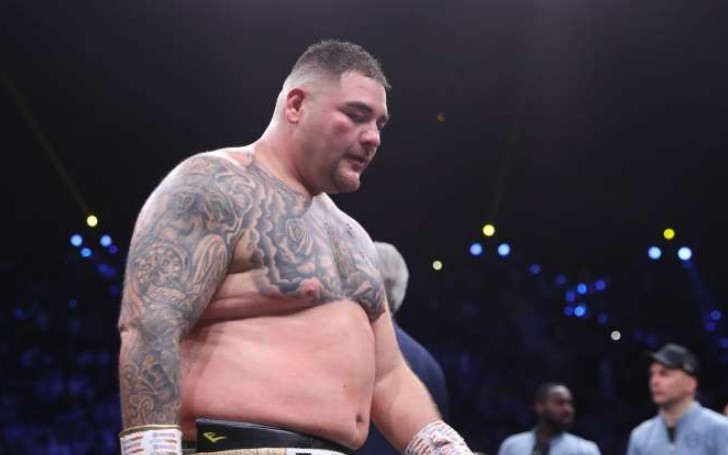 Here's what you should know about Andy Ruiz's weight loss. Find out he lost weight.

Andy is the first boxer of Mexican descent to become a world heavyweight champion. And in 2020, he is ranked as the world's fourth-best active heavyweight by "Transnational Boxing Rankings Board," and sixth by "The Ring" and BoxRec.

Since we all know how impressive his career is, he never misses to stun us, well the pro boxer has shocked us yet again, but this time for a complete reason. Andy Ruiz showed off his dramatic weight loss and surprised all fans.

Let's find out how did the pro boxer lose weight.

Following his defeat against Anthony Joshua, Andy Ruiz Jr. is looking a lot trimmer as he prepares for his boxing comeback. The pro boxer shocked his fans when he weighed in at 20 stones, 3 lbs for his Saudi Arabia showdown.

Previously, his weight played a factor to cost him one of the biggest matches of his career, as he was sluggish during the fight night, eventually surrendering his world title.

Well, his hard work paid off; it seems, the outstanding boxer showed off his incredible weight loss ahead of his return to the ring.

Fans found out about transformation through his social media profiles, where he uploaded a clip of himself in great shape.

One fan jokingly commented, "I think you should go down to cruiserweight. You will dominate." While another added, "look about 4-5 stone lighter!" Next, one wrote, "Dang, you looking slimmer. Keep up the good work, bro."

Since his last defeat against Anthony Joshua, the pro boxer has been training really hard to get in shape. The weight was one of the factors to cost him the world title previously, Ruiz is training with Canelo Alvarez's coach, Eddy Reynoso.

Even on the clip that he posted on his Instagram, through which fans noticed the change, Andy is engaged in some high-intensity workout, sweating profusely.

In an interview, Ruiz said he is ready to fight Dillian Whyte, and, in fact, he stressed "he would like to shut him up,' but also emphasized he would love to settle the score with Joshua as well.

Well, our boy, Andy Ruiz, seems to be all hyped up, and his weight loss is certainly going to help him in his next fights. We wish him all the best for upcoming matches.

Andy Ruiz Jr. is still in the weight loss game. Wait, What? Yes, he is still working on his weight. He recently shocked his fans by showing off a slimmer build on Twitter, as noted by The Sun.

It isn't new for athletes to maintain or bring change in their weight; however, to do that while you're recovering from an illness or injury is on another level. Andy did something similar. The Mexican fighter went through knee surgery some time ago, but he is still in good shape; no wonder people are impressed with his physique.

You May Also Like: Carmelo Anthony Weight Loss - Get All the Details

For more information on your favorite celebrities' lifestyle and health, stay tuned Idol Persona, and don't forget to sign up for the newsletter.