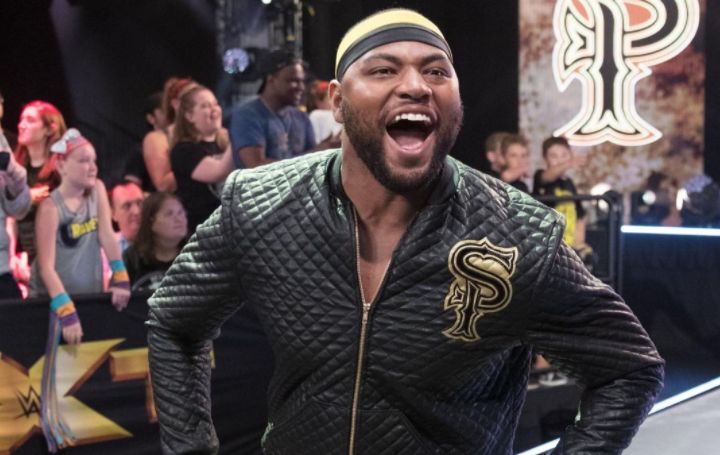 What Is The Total Net Worth of Angelo Dawkins? Find All The Details Here.

WWE superstar Angelo Dawkins was born on July 24, 1990. His parents raised him in the neighborhood of Cincinnati, Ohio, USA. From a young age, he aimed to become great in any sports-related field.

Dawkins' real name is Gary Gordon. He is a famous American professional wrestler. He is currently associated with WWE and is actively involved in the Smackdown section of the entertainment company. Dawkins is the three-time tag team champion in WWE in each division, i.e., Raw, Smackdown, NXT. He earned the title of tag team champion with his partner Montez Ford.

Currently, Dawkins is married to his wife, Grace Russo, with whom he welcomed his first baby. Well, more on that in another article, as we will focus on his net worth and earnings in this one.

Being part of the WWE for the last eight years, many people assume that Angelo Dawkins earns huge bucks solely from his wrestling career. However, due to the high-level privacy maintained by WWE regarding their wrestlers' contracts, the exact salary earned by the fighter has not been disclosed yet.

Angelo Dawkins earned the moniker The Curse of Greatness for his fabulous performance on the WWE stage.
Photo Source: WWE

According to many online sources, Angelo Dawkins holds a massive net worth of $500,000 as of 2021. As mentioned earlier, he mainly earns his wealth by his profession as a wrestler.

6' 5" tall Angelo Dawkins is one of the emerging superstars of WWE. On June 19, 2012, he made his TV debut through NXT with a match against Sami Zayn as per Prowrestling Fandom. Unfortunately, he lost the game, but later, on November 21, 2019, he won his first match against Slate Randall in a dark competition.

WWE tends to keep the information about the contracts under the sheets; however, Forbes has estimated the number. As per the site, the lowest salary for the wrestlers is $52000. Similarly, the highest can reach up to more than $5 million.

Royalties and merchandises are also another additional source of income to Dawkins. As per the report of Forbes, WWE pays 25% of the net receipts of the merch if only one wrestler is featured, but if more than one is featured, then 25% is distributed equally among the featured ones.

Dawkins also has his own action figure. Yes, he does, and without a doubt, the 31-year-old star gets a good amount of paycheck from the sale of the toy.