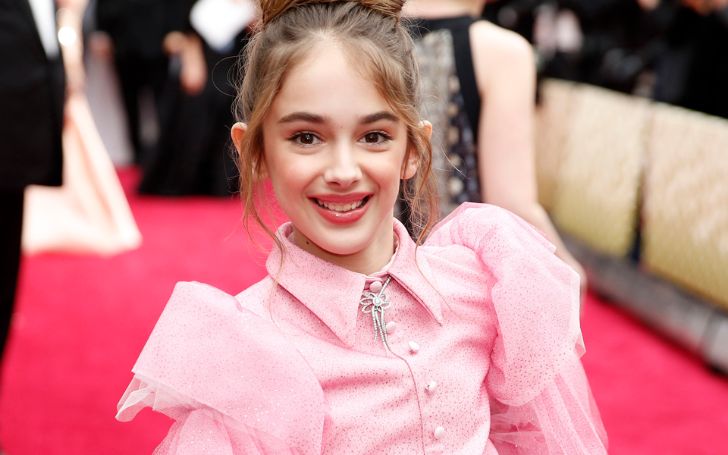 According to sources, Julia Butters just landed a role in the cast of Netflix's production The Gray Man. The movie includes star casts like Chris Evans, Ryan Gosling, and Ana de Armas, with the production from Joe Russo and Anthony Russo.

The movie is predicted to become Netflix's highest budget film to date after it was back on the market. The Russo brothers initially worked with Sony, but Netflix later acquired it for a hefty price.

Along with the child actress, there are also other additional casts like Jessica Henwick, Wagner Moura, and Dhanush. The Gray Man was originally a novel written by Christopher Markus and Stephen McFeely.

This is undoubtedly a huge project for Julia, who left American Housewife after its fourth season for better opportunities in her career. In the fifth season of the show, she was replaced by Life in Pieces actress Giselle Eisenberg.

You may also like: Who is Dustin Pedroia Wife? Here's What You Should Know

After leaving the show, the 11-year-old got cast in Once Upon a Time... in Hollywood, portraying the role of Trudi Fraser, a young actor who formed a bond with Rick Dalton (Leonardo DiCaprio).

In an interview, she said, "I auditioned once, then I had a callback. Then he just invited me and my mom over to his office. I was so nervous. I was thinking my heart could be broken at any moment. And he told me that he'd like me to play Trudi Fraser in his movie! I was totally in shock. I didn't know what to say."

Julia began her career at the mere age of two performing in commercials. Her first role in television began from Criminal Minds following other shows like Best Friends Whenever, The Kicks, Pals, Short Circuit and many more.

That's all for now, do follow Idol Persona for more of these reads on your favorite celebrity.