Home / health / Anne Hegerty's Weight Loss in 2020: Find Out How She Dropped Pounds

Anne Hegerty's Weight Loss in 2020: Find Out How She Dropped Pounds 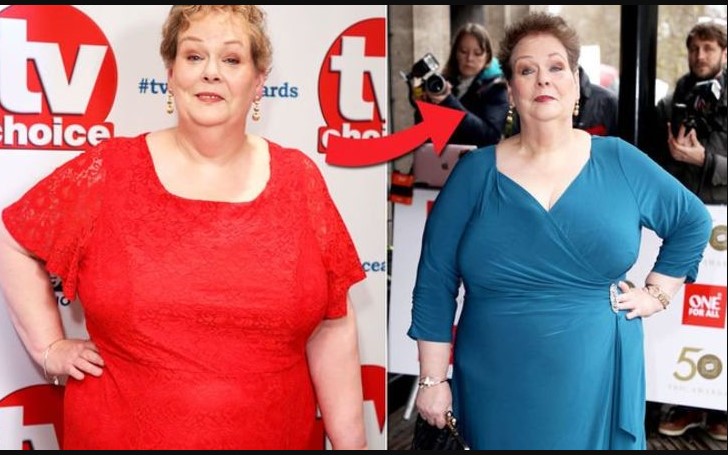 Here's what you should know about Anne Hegerty's weight loss in 2020.

Anne Hegerty (born Anne Solway Hegerty) is an English television personality who is known for her stint on quiz television shows. Moreover, she is also known as one of the "chasers" on 'Chase.'

Hegerty is also a chaser on the Australian version of 'Chase' alongside UK chasers Mark Labbett and Shaun Wallace. While talking about her other works, Anne has appeared on shows like 'Mastermind,' 'Fifteen to One,' 'Today's The Day,' and many more.

Hegerty has made her name on the television world, she often makes headlines with her works but this time, the television personality is on the news for a whole different reason.

Anne Hegerty shocked the fans when she appeared on 'The Chase' spinoff, "Beat The Chasers' alongside her fellow chaser, Mark. But this time, it was something different, Anne was not the same person.

Fans couldn't help but notice Hegerty, and the amount of weight she has lost. Let's find about her weight loss.

Anne Hegerty has gone through a massive transformation following her weight loss. According to the reports, the television personality lost a whopping three stones in a short span of three weeks, which means, she lost a stone in a week!

Recently, the television personality opened up about her diagnosis with Asperberger's syndrome and said the weight loss really helped her find the confidence to look for love again. Hegerty further revealed she struggled to date in the past.

How Did Anne Hegerty Lose Weight?

According to the reports, Anne Hegerty's appearance on "I'm A Celebrity... Get Me Out of Here!" in 2018 helped her go through the transformation. The reports suggest the television personality lived off a basic diet of rice and beans and a bit of meat and vegetables.

So, while she was on the house, the television personality lost a whopping three stones in three weeks. During the time, one of the sources revealed the celebrities inside the house were eating very healthy, from vegetables to meat protein, and fish, that are absorbed quickly by the body.

"The weight loss doesn’t do any permanent damage, and most pile it back on within three weeks, especially in the build-up to Christmas. The celebs see it as a detox, although at the same time it is very difficult as they have nothing to distract them from the hunger."

Even Anne opened up about her struggle due to her weight. While she was on ITV's 'This Morning' show, the television personality stressed it was the lack of salt in her diet that made her lose the weight.

During the time, Anne Hegerty said,

"It took years of psychotherapy before I even considered dating. I lost weight, replaced my glasses with contact lenses, and felt a lot more confident. But I find it really hard to hold down a relationship.