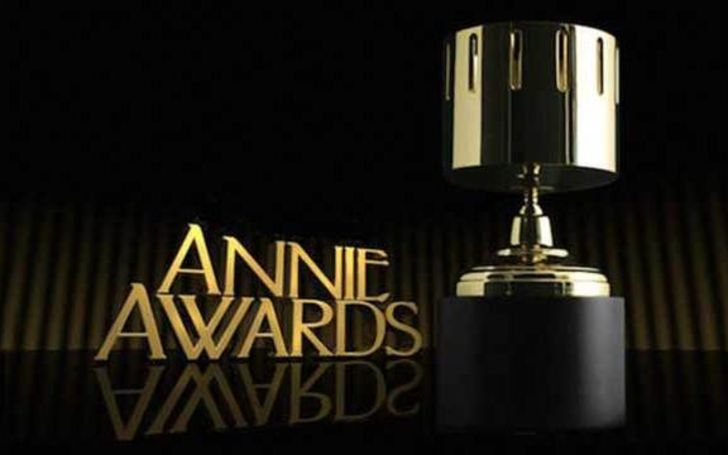 Here is the complete information regarding the winners of the Annie Awards 2020.

Annie Awards is the annual award ceremony held by the Los Angeles branch of the International Animated Film Association and ASIFA-Hollywood to award the excellent animated movies and series in Hollywood.

Klaus was the movie with most wins at Annie Awards.
Source: Zippy Frames

The 47th Annie Awards was held on the campus of University of California, Los Angeles on January 25, 2020. The ceremony honored the animation excellence for films of 2019. Several movies got accolades in a total of 37 different categories.

The nominations were announced on December 2, 2019. The movies 'Frozen II' and 'Missing Link' received the highest number of nominations with 8, and 'Klaus' the second highest with 7. However, 'Klaus' won the most with 7 and 'I Lost My Body' and 'Frozen II' winning 3 and 2 respectively.

In this article, we present you the nominees and winners of movies in different categories.

Klaus won the major award at the Annie Award ceremony in the category of 'Best Animated Feature.' Klaus is a Spanish animated comedy-drama film directed by Sergio Pablos. 'Frozen II,' 'How to Train Your Dragon: The Hidden World,' 'Missing Link,' and 'Toy Story 4' were also nominated for the same category.

Released on 8 November 2019, the movie got nominated for the category of Best Animated Feature Film at the 2020 British Academy Film Awards and the 2019 Academy Awards.

'I Lost My Body' Wins the Best Independent Feature

The 2019 French drama fantasy movie 'I Lost My Body,' directed by Jeremy Clapin wins in the category of Best Independent Animated Feature film. The other nominations for the category included 'Buñuel in the Labyrinth of the Turtles,' 'Okko's Inn,' 'Promare,' and 'Weathering with You.'

I Lost My Body: Official Trailer

'I Lost My Body' wins the Independent Feature Film

Additionally, 'I Lost My Body' won the Nespresso Grand Prize during its premiere in the International Critics' Week section at the 2019 Cannes Film Festival.

Also Find out: Matthew McConaughey Net Worth - Here's the Complete Breakdown of His Wealth

With the two impressive prequels, the third 'How to Train Your Dragon Homecoming' didn't disappoint either. The film directed and written by DeBlois achieved the Annie Award for the category of the Best Animated Special Production. The other movies nominated for the category were 'Guava Island Titles and Prologue,' 'Infinity Train The Perennial Child,' 'SpongeBob's Big Birthday Blowout,' and 'Zog.'

How to Train Your Dragon: Homecoming​: Trailer

'How to Train Your Dragon' wins the Best Animated Special Production.

Besides winning the Annie Awards, 'How to Train Your Dragon' got the nomination for the Best Animated Feature Award at the 92nd Academy Awards.

The movie 'Uncle Thomas: Accounting for the Days' won the Best Animated Short Subject at the Annie Awards.

The other nominations for the movie included 'Acid Rain,' 'DONT KNOW WHAT,' 'Purpleboy,' and 'I'm Going Out for Cigarettes.'

Also learn about: Randy Fenoli Net Worth - How Much Does He Make from Say Yes to the Dress?

Here is the list of wins in other categories.