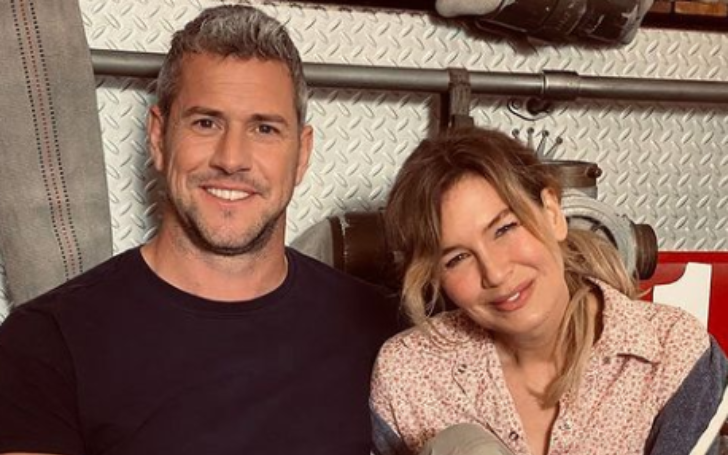 Learn All The Details On Ant Anstead's Personal Life!!

Ant Anstead is a wealthy English television personality, automobile constructor, designer, and artist. His estimated net worth is $5 million.

Anstead, 43, is well-known for co-presenting For the Love of Cars, a Channel 4 automotive television program alongside Philip Glenister.

Are Ant Anstead And Renée Zellweger Still Together?

Yes, Ant Anstead and his girlfriend, Renée Zellweger is still together. Zellweger and Anstead collaborated on an episode of Anstead's Discovery+ series, Celebrity IOU Joyride, in June 2021.

The lovebirds were spotted on the balcony of his Laguna Beach, California, home in July 2021. Zellweger was seen chatting with her boyfriend while wearing her hair in a bun and holding a mug that read, "Home is where dad is."

In August 2021, The pair attended their first event together, a Radford Motors gala at the Lyon Air Museum in Santa Ana, California, where they looked gorgeous.

In 2002, Ant Anstead married Lousie Anstead. After seven years of dating, the couple tied the knot. Amelie Anstead and Archie Anstead are their two children. However, their marriage did not last long, and they divorced in 2017.

Anstead was married to Christina Haack, an American television personality, in December 2018. The pair began dating in 2017 and made their relationship public in 2018.

Click Here To See: How old is Zahra Savannah Rock, Chris Rock's Daughter? Is she Dating?

This couple's wedding ceremony took place at their California home. They have a son named Hudson London. They announced their split in September 2020.

Ant Anstead and Christina Haack divorced for what reason?

As per The Sun, Christina Haack and Ant Anstead filed for divorce in September 2020, alleging "irreconcilable disagreements." It's unknown what caused their breakup at this time, but a source informed People that the pair had been having problems with their relationship for a year, ever since their son Hudson was born.

"They started having issues after the baby," the insider added. On Instagram, Haack announced the couple's divorce, writing, "Ant and I have made the tough decision to split."

"We are thankful for each other, and our children will always come first." "We appreciate your support and ask for privacy for us and our family as we navigate the future," the statement continued.

Anstead has filed a petition for full custody of his son. He calls Haack a bad mother.