Home / net-worth / What is Ant Anstead Net Worth in 2022? All Details Here 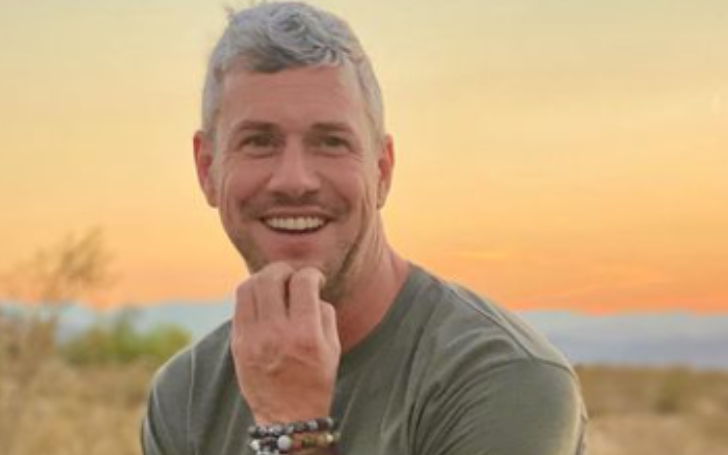 Grab All The Details On Ant Anstead's Net Worth!!

Ant Anstead is a television presenter, motor specialist, car builder, designer, and artist from England. He is known best for presenting For the Love of Cars on Channel 4 alongside Philip Glenister.

In 2017, Anstead and Mike Brewer took over as co-hosts of the show Wheeler Dealers, taking over from Edd China. The 43-year-old presenter is dating his girlfriend, Renée Zellweger. He was previously married to Christina Haack.

Ant Anstead holds a hefty net worth of $5 million, as noted by Celebrity Net Worth. He made his wealth by hosting shows like Ant Anstead Master Mechanic, and Building Cars Live on television.

Anstead is a patron of Harrison's Fund, a nonprofit dedicated to Duchenne muscular dystrophy research.

Ant Anstead joined the Hertfordshire Constabulary, the county's territorial police force, in 1999 and started working as a Police Constable. Bishop's Stortford, the county's medieval market town and civil parish, was his first posting.

Anstead was transferred to the Cheshunt police station and then became a member of the Tactical Firearms Team (TFU) in Welwyn Garden City, making him one of the UK's youngest armed officers.

Ant's passion for cars drove him to retire from the police force in 2005 to pursue a career as a vehicle builder. Initially, he focused on customizing historic vehicles to meet the needs of individual clients. Many of his one-of-a-kind art and sculpture pieces have been acquired by museums and private collectors worldwide.

Click Here To See: What is Sage Steele's Salary & Net Worth? All Details Here

Anstead founded his own television production company in 2014 and created the show The World's Most Expensive Cars. In the same year, he accepted an offer to host a new Channel 4 one-hour car show called For the Love of Cars. Ant was one of the presenters on the BBC Two live show Building Cars Live, alongside James May and Kate Humble.

One of Ant's most prominent TV appearances is on the British television series Wheeler Dealers, hosted by Mike Brewer. In May 2017, he published Cops and Robbers: The Story of the British Police Car, a book about the origins of the British police car.

Apart from his work as a TV host and all-around automobile enthusiast, Anstead was also a semi-professional footballer with fifteen years of experience. He played in over 700 games at the Ryman and conference levels during his time there, transitioning from goalkeeper to striker.