Golden Globe awards 2020 awarded many deserving personalities. Apple TV+ was one of the candidates nominated by the Golden globe for the very first time. Apple TV's produced "The morning show" was nominated in various categories.

The Golden Globe awards always bring a wave of excitement for its audiences, bringing in all the elite actors. We could see the star-studded night with a lot of well-deserved wins.

Among all this, Apple TV+ landed three major Golden Globe nominations this morning for one of its first original series, The Morning Show.

It was nominated for drama series and twice in the actress in a drama series category for stars/executive producers Jennifer Aniston and Reese Witherspoon.

The multiple nominations received by Apple this morning include:

Watch: trailer of The morning show

Apple TV+ launched on November 1 with only a handful of shows, including fan-favorite "Dickinson," space race drama "For All Mankind" and dystopian drama "See," among others.

However, "The Morning Show," which deals with the aftermath of a sexual misconduct scandal in the world of morning TV, is easily the best Apple TV+ series thanks to its star power.

Even reviewers admitted that Jennifer Anniston's performance has been phenomenal in it.

Reese and Jennifer on 'The Morning Show'
Source: elitranews

The nominations are Apple's first for the Golden Globes, though the company had dabbled in TV before the streaming service's launch, with shows like "Carpool Karaoke" and "Planet of the Apps."

Although Apple has received award show nominations in the past, James Corden's Carpool Karaoke earned the company two Emmy Awards for Outstanding Short Form Variety Series, this is a first major award nomination for Apple TV Plus.

Also read: TV Producer Melissa Baldino - How Well Do You Know Her?

The nominations for The Morning Show arrive after critics gave the show lackluster reviews following its debut on the service.

Netflix this year landed 34 nominations across film and TV, including six for Noah Baumbach's drama "Marriage Story," five for Martin Scorsese's "The Irishman" and four each for its original series "The Crown" and "Unbelievable."

Netflix's "The Kominsky Method" and "The Politician" were also nominated for best TV series, musical or comedy, and its film "The Two Popes" was nominated for the best motion picture.

All in all, Apple TV Plus was shut out at its first-ever Golden Globes, which is a disappointment to its producers "When those reviews came in, I didn't know what show they were watching," Leder said at a media conference in Los Angeles last month.

I thought they were nuts. I thought there were a lot of Apple haters who just wanted Apple to fail. The reviews felt like an attack on Apple.

The #MeToo-inspired series was nominated in two categories at the 77th annual ceremony: drama series and TV drama actress for both Jennifer Aniston and Reese Witherspoon. Neither star won.

Apple TV is to launch more series for its audience. Shows like See, Dickinson, Truth be told have received a positive response from the viewers, and there are more to come.

Shows like Little America and little voices are announced in the Apple event, other shows like Defending Jacob, On the rocks Are you sleeping, Central park, Calls are rumored to air soon.

Find out: Renee Zellweger Plastic Surgery - Everything She Said Against the Rumors

Tune into the Lifestyle section of Idolpersona.com for more stories. 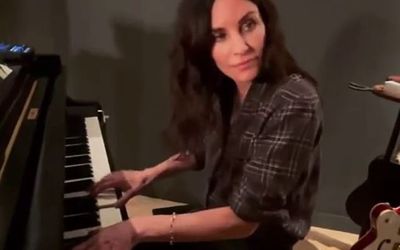 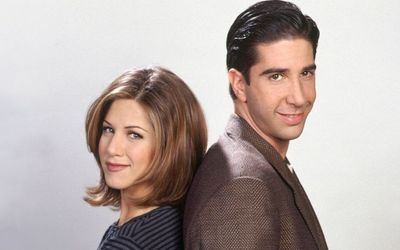