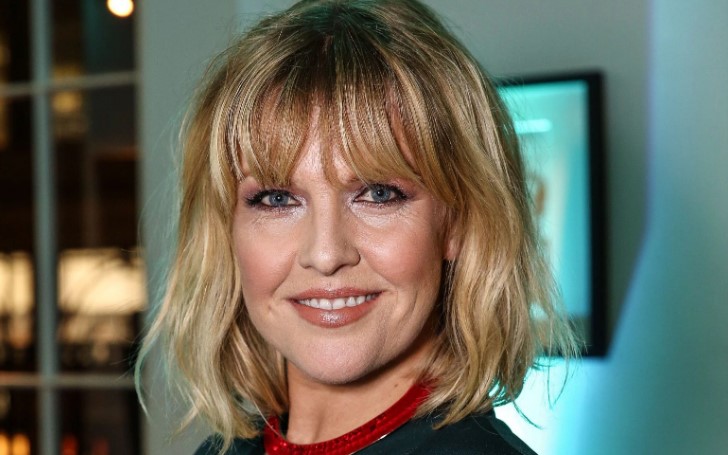 Ashley Jensen is a Scottish actress and an excellent narrator. She is the lead role in her highly acclaimed TV series, 'Agatha Raisin.' The show tells the story of 'Agatha Raisin', who retires early to the picturesque village and soon finds a second career as an amateur detective investigating mischief, mayhem, and murder in her town.

But before she bagged the lead role for the show, she started with 'Extras,' then 'Ugly Betty' and 'Accidentally On Purpose.' During her stay in America, she is highly known for her role as 'Christina McKinney.' But she came back to her place and bagged the role for Agatha Raisin.

There are a few things you should know about Agatha, including how she transformed herself after dramatic weight loss for the role in 'Ugly Betty.' Let's Find Out.

Ashley Jensen revealed she lost a whopping 2.5 stones for her role on the Ugly Betty. The Mirror reported the actress lost massive 35 pounds when she was in America. It was back in 2006, that Jensen got her first significant role on American TV.

You May Also Like: Action Bronson 65-Pound Weight Loss - What's His Diet?

It seems like Ashley was all prepared before she left her home country. Her weight loss really helped her bag the role as some report suggests the role Jensen selected was for Americans. But when she met the show's producers, they instantly liked her and her accent. Later, the character's nationality was changed, and that's how she got the role on Ugly Betty.

Ashley trimmed down her weight before she entered America.
Photo Source: Hollywood

Ashley revealed she turned vegetarian before she entered Los Angeles. Well, to be precise, she became a pescatarian and checked on her diet pretty much while her stay in America. But her decision to give up meat really helped her lose weight, all thanks to Ashley's mom, who inspired her to be a vegetarian.

After losing a great deal of weight, her new diet really helped to maintain her weight while her stay in LA. But she revealed, when she came back to her hometown, that she started eating meat again. However, despite turning back to meat again, the actress has still maintained her toned figure.

For more information on your favorite celebrities' lifestyle and health news, stay tuned to Idol Persona, and don't forget to sign up for the newsletter.