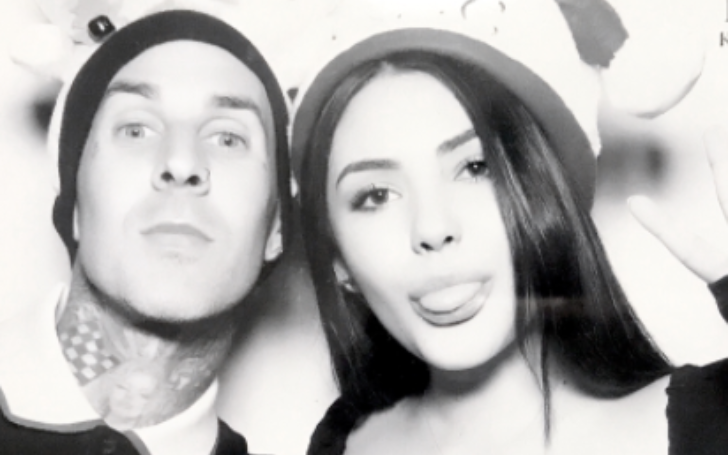 Atiana De La Hoya is Travis Barker's stepdaughter, whom he assisted in raising when he was married to his ex-wife Shanna Moakler. She was born in Los Angeles, California, on March 29, 1999, and has been modeling since the age of 14.

La Hoya is becoming more well-known on social media. She has around 402k followers on her Instagram account. In this article, learn all about Atiana's personal life.

Yes, Atiana De La Hoya, 22, is the daughter of Travis Barker. She is his stepdaughter. Barker was married to Shanna Moakler, a beauty pageant winner. Moakler being the mother of La Hoya, makes Travis her stepfather. In 2005, Travis and Shanna co-starred in the reality show Meet The Barkers.

Atiana De La Hoya is Travis Barker's stepdaughter, whom he assisted in raising when he was married to his ex-wife Shanna Moakler.
Photo Source: Instagram

Shanna and Oscar De La Hoya, the Summer Olympics boxing champion, had La Hoya in 1999. Travis raised Atiana while married to her mother, and he has remained a present parent ever since.

As per The Sun, Atiana De La Hoya's biological parents are Shanna Moakler and Oscar De La Hoya. On February 4, 1973, Oscar was born. From 1992 to 2008, Atiana's dad was a professional boxer who competed in the sport. After winning a gold medal for the United States at the Summer Olympics in 1992, he was dubbed "The Golden Boy" of boxing.

Shanna Moakler was born in Providence, Rhode Island, on March 28, 1975. She began modeling at the age of 15 and went on to win the Miss New York USA pageant and place second in the Miss USA competition in 1995.

Click Here To See: Is Willow Smith, Will Smith's Daughter Dating? Who is her Boyfriend?

In December 2001, Shanna was named Playmate of the Month by Playboy magazine. She has dated a few celebrities, including Billy Idol, a rock star, in 1997. In 1999, Shanna had Atiana with boxer Oscar De La Hoya.

Shanna married Travis Barker, drummer for the rock band Blink-182, in 2004 after dating him for a few years. Alabama Luella Barker and Landon Asher Barker were the couple's two children. They divorced in 2008.