Home / lifestyle / Who is August Alsina, Jada Pinkett Smith Fling? What is his Net Worth? 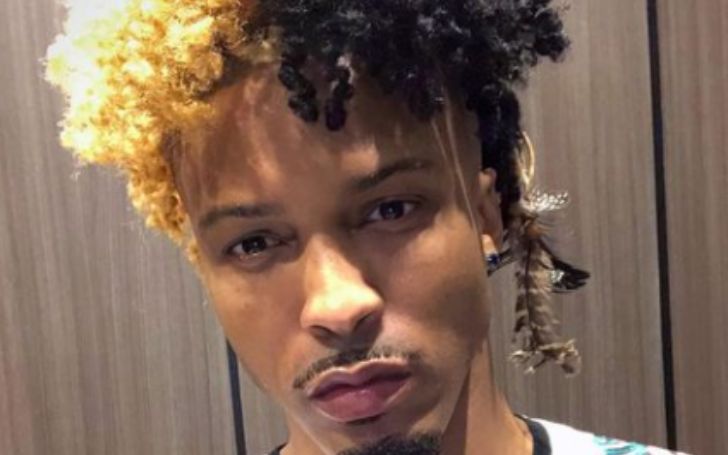 Grab All The Details On August Alsina, Jada Pinkett Smith Fling Net Worth!!

August Alsina is a New Orleans, Louisiana-based singer and rapper. He is well recognized for his collaboration with Trinidad James on the track I Luv This Shit.

In 2007, the 29-year-old singer started uploading his singing videos to YouTube, and since then, he's created several hit recordings. Talking about Alsina's personal life, he was romantically linked with Will Smith's wife, Jada Pinkett Smith.

Alsina was inspired to pursue a career as a performer after witnessing Lauryn Hill in Sister Act 2, At the age of 14, he began uploading videos on YouTube. August's father and stepfather were both addicted to crack cocaine, so his mother relocated the family to Houston, Texas, in 2005 in the hopes of a fresh start.

What Is August Alsina Net Worth?

August Alsina has amassed a large fortune through his successful career as a singer in the entertainment industry. His estimated net worth is around $4 million, as per Celebrity Net Worth.

August Alsina has amassed a large fortune through his successful career as a singer in the entertainment industry.
Photo Source: Instagram

In August 2013, Alsina released his first EP, Downtown: Life Under the Gun, and in September, he debuted his Hell on Earth video. August released the first single from his upcoming debut album, Make It Home, in January 2014. When Testimony was released in April 2014, it garnered favorable reviews and sold 67,000 copies in its first week.

Recommended: What does Sheree Zampino, Will Smith's Ex-Wife Do for a Living? What is her Net Worth?

I Luv This Shit, Numb, No Love (which was certified Platinum), Kissin' on My Tattoos, and Ghetto was among the album's singles. August went on the Testimony Live tour later that year and opened for Usher on The UR Experience Tour.

Alsina's This Thing Called Life was released in December 2015. In 2017, he started production on his third album, The Product III: State of Emergency, and released the singles Drugs, Lonely, and Don't Matter. In February 2019, August released the EP Forever and a Day, then in July 2020, he with Rick Ross released the single Entanglements.