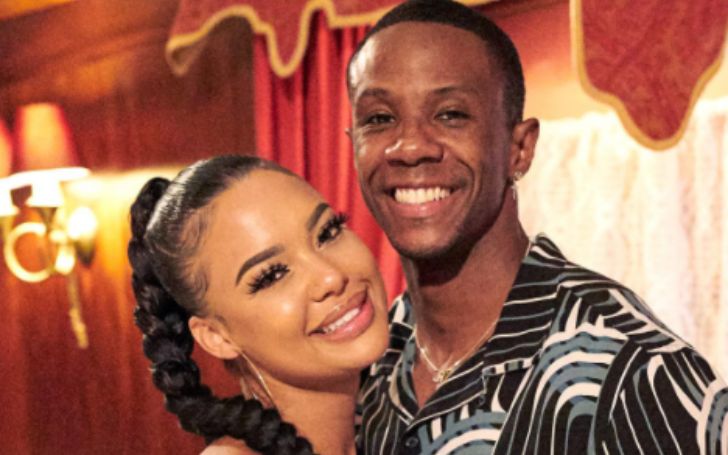 Grab All The Details On Bachelor in Paradise Stars Riley Christian, and Maurissa Gunn Ended their Engagement!!

Maurissa Gunn is a patient care coordinator at Panacea Plastic Surgery in the Atlanta Metropolitan Area and an American reality television personality. She is a cast member of Bachelor in Paradise.

Riley Christian and Maurissa Gunn, stars of Bachelor in Paradise, have called off their engagement just three months after it aired on television. The couple released a statement confirming the end of their romance after falling madly in love on season 7 of the reality TV show.

Riley Christian and Maurissa Gunn, stars of Bachelor in Paradise, have called off their engagement just three months after it aired on television.
Photo Source: Instagram

"We've made the decision to part ways. We never expected this, but we've reached a moment where we both need to concentrate on ourselves," they said in a joint statement to PEOPLE.

"We've cherished everyone's love and support so far during our journey, and all we ask is that you respect our privacy while we navigate through this," they continued.

You May Also Like: Ur Mom Ashley and her Boyfriend, Charles Haguisan, Ended their Relationship

Their engagement was historic because they were the franchise's first black pair to become engaged. Maurissa erased images of Christian from her Instagram site, indicating that things between them were not going well.

When Riley Christian Proposed Maurissa Gunn met as participants on BIP, they fell hard and fast in love. As per Daily Mail, on the beach in Mexico, Maurissa accepted Riley's beautiful proposal with a pear-shaped diamond.

"You demonstrated what a true man is. You showed me everything I've ever wanted to see in my life, you showed me that fairytales do exist," Maurissa said.

"See, Maurissa, I adore you and have done from our first date... But I just want to make sure," Riley replied after kneeling. During the finale, they were one of three couples who got engaged.

Off-screen, the pair maintained their romance by visiting Riley's birthplace of Detroit and spending their first Thanksgiving together in Montana with Maurissa's family. They again posed in matching pajamas in December in front of their Christmas tree.