Home / lifestyle / Becky Lynch is Living Happily with her Husband Seth Rollin and Children, Details of her Married Lifes

Becky Lynch is one of the famous superstars of WWE. She is an Irish professional wrestler and actress. In addition to being the popular star of WWE, she is also one of the highest-paid fighters in the WWE arena.

Born in 1987 in Ireland, Becky grew up with her elder brother Richy Quin in the suburbs of Baldoyle. It was her brother who introduced her to the world of wrestling. Hence, thanks to Richy, fans found a great women athlete in WWE entertainment.

Lynch is one of the talented and emerging sportspersons in the wrestling field. According to Celebrity Net Worth, Becky's net worth as of 2021 is estimated to be $4 million. She mainly earns her greens by her main profession as a wrestler. Furthermore, like other celebrities, she makes some of the bucks via social media advertisements and sponsorships. Moreover, she also gets paid well through her action figures.

34-year-old Becky Lynch is a passionate wrestler and has smoothly carried her job. Many fans across the board are curious to know whether Lynch is married or not.

Becky Lynch and Seth Rollins are married to each other.
Photo Source: Instagram

According to People, Becky shared her vows with another WWE superstar Seth Rollins. Before marrying each other, the duo dated for more than two years. Since both are part of WWE, one can suspect that they met each other during their reign in the entertainment company.

Don't Miss: Who is Amara La Negra Dating in 2021? Details on His Ex-Boyfriends Here

In January 2019, the lovebirds started seeing each other, and after many months of guesswork by fans and media, they finally publicized their relationship in May 2019. Similarly, they got engaged on August 22, 2019.

During an episode of Raw on May 11, 2020, Lynch and Rollins announced that they were expecting their first child. Afterward, on December 4, 2020, they welcomed their beautiful baby daughter Roux Lopez and announced via Instagram.

Check Out: Who is CM Punk's Wife in 2021? Details on His Previously Relationship Here

After welcoming their first baby girl together, Becky and Seth finally took their vows in front of their close friends and families on June 29, 2021. The news of their nuptials was also revealed through Seth's Instagram story captioned, "seems like a fine day to(finally) get married."

Rebecca Quin, well-known as Becky Lynch, was born on January 30, 1987, in Limerick, Ireland, and was raised in Baldoyle, a suburb of Dublin. Unfortunately, her parents' marriage didn't survive.

She was only one year old when her dad and mom parted ways. As mentioned above, Becky has an elder sibling; she grew up with her brother Richy, better known by his ring name Gonzo de Mondo.

Since childhood, Lynch has been interested in different sports. Some of her favorites were swimming, horse riding, and basketball. Although she is a pro-wrestler at this date, she claims that she failed P.E in school.

Click Here To Know: What is Ben Volavola Relationship Status in 2021? All Details On His Dating History Here

Talking about Becky's educational background, she passed her high school from a local Dublin High School. After finishing her studies, she enrolled at the University College Dublin to study philosophy, history, and politics, but she dropped out eventually as she was not interested in it. 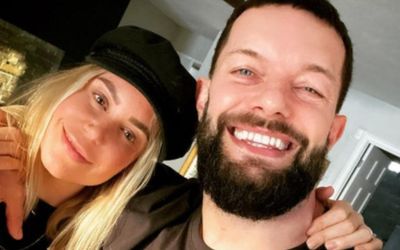