Home / net-worth / How much is Bethenny Frankel Net Worth? All Details Here

How much is Bethenny Frankel Net Worth? All Details Here 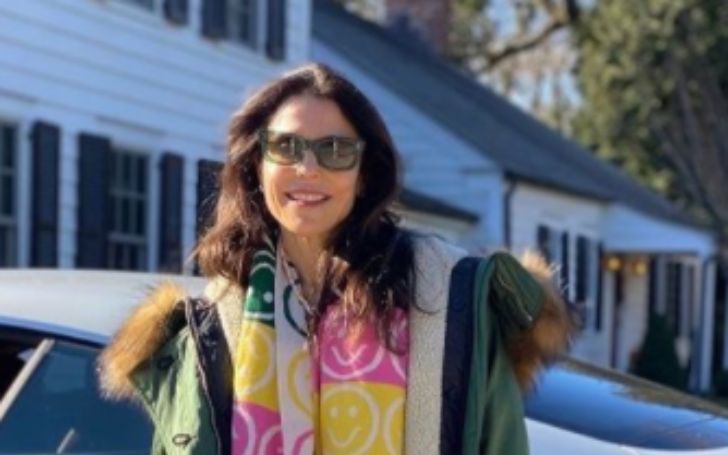 Grab All The Details On Bethenny Frankel's Net Worth!!

Bethenny Frankel, is a television personality, entrepreneur, philanthropist, and author from the United States. She was a cast member of the Bravo reality show The Real Housewives of New York City. In 2005, she came in second place on the NBC reality competition series The Apprentice: Martha Stewart.

Frankel, 51, founded the Skinnygirl lifestyle brand and BStrong disaster relief project in addition to her career on reality television. She has also written four self-help books. Bethenny is engaged to her boyfriend Paul Bernon. She has a daughter with her ex-husband.

How much is Bethenny Frankel's Net Worth?

As of 2022, Bethenny Frankel has an estimated net worth of $80 million. According to Celebrity Net Worth, She earned $40,000 per episode in The Real Housewives of New York City.

As of 2022, Bethenny Frankel has an estimated net worth of $80 million.
Photo Source: Instagram

In 2011, Frankel founded SkinnyGirl Cocktails but later sold it for $100 million. Most of her fortune came from her work as the founder and CEO of Skinnygirl Cocktails.

Naturally Thin: Unleash Your SkinnyGirl and Break Free from a Lifetime of Dieting, The SkinnyGirl Dish: Easy Recipes for Your Naturally Thin Life, A Place of Yes: 10 Rules for Getting Everything You Want Out of Life, and the novel Skinnydipping were all published by Bethenny's firm.

Bethenny Frankel has owned and sold several spectacular houses in New York City, Greenwich, Connecticut, and the Hamptons throughout the years. The following is a list of the most noteworthy purchases and sales:

Frankel paid $4.995 million for a loft in the Tribeca borough of New York City in 2011. She then proceeded to spend an estimated $500,000 on upgrades, according to sources at the time. Bethenny listed this house for $6.95 million in 2016 and sold it in one day for the total asking amount.

Bethenny bought a two-bedroom home on Mercer Street in New York City for $4.2 million in 2014. She did some substantial modifications once more. In 2016, Frankel attempted to sell this property for $5.25 million, but in 2020, she settled for $3.65 million.

Recommended: How Much is Amanda Seyfried's Net Worth? Complete Breakdown of her Earnings Here

Bethenny paid $4.2 million for a four-bedroom condo in the SoHo district of New York City in 2017. She then completed a full restoration. Frankel offered the property for sale in December 2021 for just under $7 million. To be closer to her fiance, Paul Bernon, she bought a property in Boston's Back Bay district in 2019.

As per Monsters and Critics, Bethenny Frankel's disaster relief organization, BStrong, is donating millions of dollars to Ukrainian civilians harmed by the Russian invasion.

Frankel took to Instagram on Friday night to announce that BStrong is focusing its efforts on assisting Ukrainian women and children fleeing to Poland's border. Her charity had pledged to distribute $10 million in aid, but she revealed on Friday that she had increased her target to $20 million.

Bethenny also stated that the $10 million in relief is merely the beginning and that more will be forthcoming.