Golden Globe-nominated actress Kaley Cuoco recently got candid about the ending of 'The Big Bang Theory' and shared which actor amongst them ended the show.

Kaley Cuoco opened up about the much-beloved American sitcom, 'The Big Bang Theory,' in an interview with Variety. The award-winning show saw its end recently in 2019 after a successful 12 seasons, leaving many fans disappointed and in awe.

The actress let on facts about the ending and what prompted it, during which she shocked fans about which cast member was the one who pulled the trigger.

Kaley mentioned that she was "blown away" by the decision and had even discussed the matter with her co-star Johnny Galecki where they talked a lot about it. She stressed, "Did we want to do it? And we really did."

However, when the main cast was called for a meeting, lead actor Jim Parson shocked everyone when he said, "I don't think I can continue on."

You may also like: Angela Victoria Johnson Facts: Here's Every Detail You Need to Know About Her

The 35-year-old further went on, "I was so shocked that I was literally like, 'Continue on with what? Like, I didn't even know what he was talking about. I looked at Chuck: 'Wow. I thought we were—I'm so blown away right now."

Cuoco also shared her experience as, "It was a feel-good silly show, and these guys really were the heart of it, They made the nerd thing cool and popular and sexy and fun. It was silly and people loved it. And I really loved my time on it." 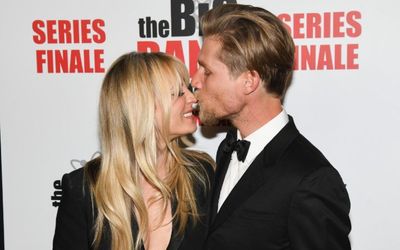