Here's all that you need to know about the Billie Eilish's family; the O'Connell family!

Billie Eilish is the new sensation, no doubt about that. With a five Grammy win record, it's quite evident that the young breakout star Billie Eilish is not here to disappear but make history. Ever since the song that she recorded for her brother in 2015 and released in 2016 took off supersonic, there's been no looking back for Billie.

Eilish's fame, apart from her pure talent, can be mainly credited to her family. A father who's a big music fanatic, a mother to inspire her creativity and a brother to produce her songs, she is completely backed up by their love and support. But who are these beautiful souls that made Billie Eilish the idol that she is today? Let's discuss.

If there were a competition for Coolest Dad Ever, Patrick O'Connell would make the cut. Remember the reporter that asked Tony freaking Stark, the one and only 'Iron Man' what happened over at the desert and opened his eyes about the destruction that Stark Industry's weapons caused; that's Patrick O'Connell, Billie Eilish's father.

Born July 7, 1957, in Norwalk, Connecticut, USA, Patrick Mead O'Connell is an American actor most prominently known for his roles in the first 'Iron Man' (2008), 'The West Wing' (1999) and 'Supergirl' (2015). Patrick, an actor himself, knows how important it is for an artist to have enough time for creative work. And that is what he gave his daughter who was interested in music since she was eight.

While the multimillionaire Billie didn't initially plan on becoming a professional musician, she received exceptional training from her father. Patrick not only taught Eilish to love music but also allowed his children to be homeschooled so that they could focus on their music experiments.

The teen sensation Billie Eilish's mother, Maggie Baird, is no lesser than her father. Eilish's father taught her to fall in love with music, and her mother inspired her to create it.

Maggie May Baird, born March 30, 1959, is an American actress best known for her work on 'Life Inside Out.' One of the main stars of the movie also co-wrote 'Life Inside Out.' Apart from acting, the 60 years old is also an eminent singer, songwriter, and voice actress. The mother, who taught her children to understand music, also keeps them humble about their achievements.

In an interview with Your Teen magazine, Maggie said about her family,

For better or worse, we don't have the crazy Hollywood life. We definitely have auditions, and I wouldn't say we have dinner every night together. But, we spend a huge amount of time together. We live in a small two-bedroom house. And we homeschool Finneas and our daughter Billie.

Maggie explained the decision she and her husband Patrick took on homeschooling, saying that it allowed their children to explore what they truly loved and discover who they wanted to be.

Patrick made Billie fall in love with music, Maggie inspired her creativity, but it was her brother who brought Eilish's career to life. Finneas O'Connell played a crucial part in his sister's career when he authored a song 'Ocean Eyes' and convinced Billie to sing it.

Neither knew the blowout that this particular song would create until Finneas released it on SoundCloud in early 2016. Out of that very song, the calling name for Billie Eilish as 'Ocean Eyes' began. Born Finneas Baird O'Connell on July 30, 1997, an American singer, songwriter, musician, actor, and producer now produces and co-writes his sister Billie Eilish's music.

Most know him as Spencer from the film 'Bad Teacher', where he played with Cameron Diaz and as 'Alistair' from the series 'Glee'. Finneas O'Connell was born and raised in Los Angeles and was homeschooled just like his little sister.

Also See: Drew McIntyre is Married to His Wife Kaitlyn Frohnapfel Since 2016 - Details of Their Relationship

With much endless love and support from her family, it's hard to imagine that Billie Eilish wouldn't succeed in her career. In the end, that's an essential thing for any other artist out there, acceptance, especially from their family. Moreover, fans eagerly await someone special to win her hearts. 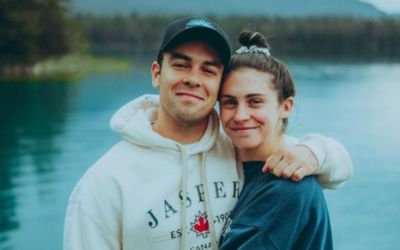 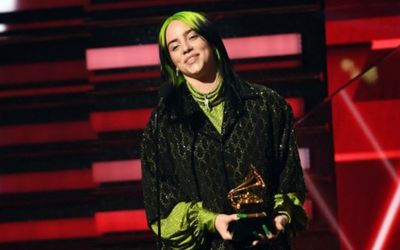