Here are all the details you need to know about the net worth of the famous American teenage singer and songwriter Billie Eilish.

The teenage American singer and songwriter Billie Eilish Pirate Baird O'Connell, popularly known as Billie Eilish, is the current star attraction of all the music lovers around the world. Even though she is only 18 years old, she is already the recipient of 5 Grammy Awards, 2 American Music Awards, 2 Guinness World Records, and 3 MTV Video Music Awards.

Born on December 18, 2001, the young music sensation first acquired public recognition after she uploaded the song 'Ocean Eyes' to Soundcloud. Her brother Finneas Baird O'Connell wrote and produced the song, who is the primary influence in Billie's success.

Billie's debut studio album 'When We All Fall Asleep, Where Do We Go?' in 2019 became the best-performing album of 2019 in the U.S. and reached number 1 in the United Kingdom. The song 'Bad Guy' from the collection became her number 1 single in the United States. She is the youngest person to win the four main Grammy Awards Categories, Best New Artist, Record of the Year, Song of the Year, and Album of the Year in the same year.

You must be curious how much money the teenage superstar made from her quite short but successful career. Here in this article, we provide you with all the necessary details regarding the net worth of the famous singer Billie Eilish.

What is the Net Worth of Billie Eilish?

Billie Eilish, from her worldwide fame to date, is a proud possessor of an estimated net worth of $8 million. In the sections below, we provide you with an individual analysis of the singer's earnings.

'When We All Fall Asleep, Where Do We Go?'

Billie Eilish, who once had a regrettable dating incident, released her first studio album 'When We All Fall Asleep, Where Do We Go?' on March 29, 2019. It got released by Darkroom and Interscope Records in the U.S. and Polydor Records in the UK.

Here is the hit song 'Bad Guy' from the album.

'Don't Smile at Me' is the debut EP by Billie Eilish, which she released on August 11, 2017, by Interscope Records. The album also included the songs released previously by her like 'Ocean Eyes,' 'Bellyache,' 'Watch,' 'Copycat,' and 'Idontwannabeyouanymore.'

Here is the song 'Ocean Eyes' from the album.

Also learn about: Matthew McConaughey Net Worth - Here's the Complete Breakdown of His Wealth

Billie Eilish often posts the pictures of cars on her Instagram.

Here in this picture, she is posing with her Dodge Matte Black Challenger.

Billie Eilish also put a picture of her in front of McLaren 720S.

Billie Eilish made all of her top hit songs with her brother Finneas O'Connell in the bedroom studio of their parent's home.

The studio's formation did not exceed $3,000 which is a pretty cheap place to create songs that won Billie Eilish Grammy Award in 5 categories.

To know more about the net worth of famous people, visit Idol Persona. 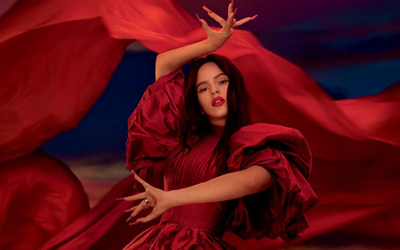