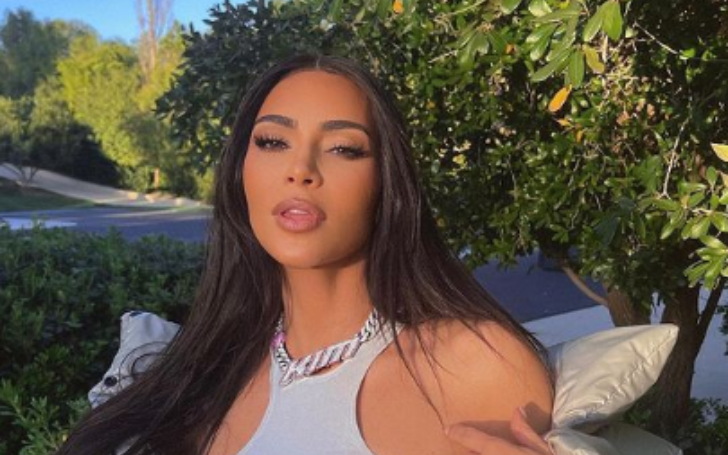 Kim Kardashian announced last fall that she would keep the Axel Vervoodt-designed home she shared with Kanye West and their children in the San Fernando Valley following her divorce from the rapper.

The KKW Beauty founder is now establishing deeper roots in the Hidden Hills enclave. According to Hola, the performer and entrepreneur recently paid $6.3 million for a home near the Vervoordt-designed property.

The four-bedroom, three-bathroom house will undoubtedly require some work before meeting Kardashian's minimalist standards. The 4,239-square-foot mansion was built in 1975 and held by the same family since. The living room has walls mirrored, a green-carpeted staircase, and a flamboyant wrought-iron handrail.

The rest of the house is probably similarly dated, but only the living and dining rooms are shown in the listing images. Much of the vegetation in the outdoor space appears to be dead, but with over an acre of space, there's plenty of room to put to good use following the transformation.