Home / lifestyle / Who is Boyd Holbrook Married to? Details on his Wife here

Who is Boyd Holbrook Married to? Details on his Wife here 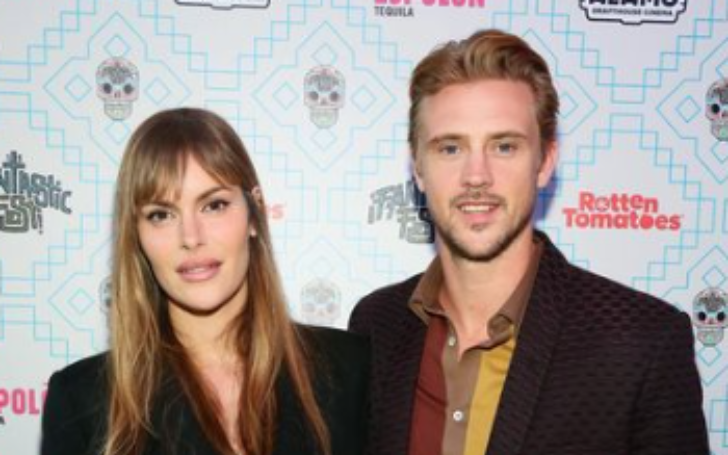 Grab All The Details On Boyd Holbrook's Personal Life!!

Boyd Holbrook is a fashion model and actor from the United States. The 6'2'' tall actor is well known for playing DEA Agent Steve Murphy in Netflix's hit program Narcos.

Holbrook has appeared in movies such as Milk, Out of the Furnace, Run All Night, A Walk Among the Tombstones, Gone Girl, and Logan. The 40-year-old artist has a net worth of $1.5 million.

Who Is Boyd Holbrook Married To?

As per Metro Biography, Boyd Holbrook is married to Tatiana Pajkovic, a Danish actress and singer. He reportedly met his future wife in 2016. They began dating after getting to know one other well. Following a two-year romance, they apparently exchanged wedding vows in 2018.

Despite the fact that the lovebirds are married, they have kept every detail private and have yet to post their wedding photos. As a result, numerous news sites have referred to the couple as "boyfriend and girlfriend" rather than "husband and wife." However, Holbrook has referred to Pajkovic as his wife in multiple interviews.

In terms of their relationship, 2018 was a huge year for them because they married and welcomed their only child, a son named Leon Day Holbrook. On January 15, 2018, the duo welcomed their son.

The married pair have been enjoying their days as parents since the birth of their baby, as evidenced by the photos they have published on their individual Instagram accounts. However, for unclear reasons, Boyd has deleted practically every post from his Instagram account.

Click Here To See: Is Brooke Burke Married in 2022? Learn her Relationship History

There are multiple photos of the family of three on Pajkovic's Instagram. On June 5, 2021, she shared a snapshot of her husband and son having a nice day near a lake. On January 1, 2022, she posted a family photo in which she was standing close to her partner and Holbrook was holding his son on his neck. "Happy New Year," she captioned the photo.

Based on all of this, Holbrook has found the proper partner who has stood by him through thick and thin and who is a good mother to his son. During a People interview in September 2019, the host noted that his wife is Danish and that Denmark is recognized as one of the happiest countries in the world, which he attributes to successful parenting.

The presenters then inquired as to whether his wife had taught him anything about parenting. "Oh my god," Boyd replied. I believe she taught me 95% of everything I know about parenting. My wife is wonderful.

According to sources, Boyd Holbrook's first relationship was with Omahyra Mota, a Dominican model. The pair started dating in 2002 and broke up three years later, in 2005.

From 2007 to 2009, Holbrook was in a relationship with the Canadian model Julis Dunstall. Then, on the set of their film, Very Good Girls, in 2012, he met actress Elizabeth Olsen. They became close and started dating around the same time.

After dating for two years, Boyd and Elizabeth got engaged on March 13, 2014, after sharing engagement rings. However, unlike their love, their engagement did not last long, as they split up on January 19, 2015, less than a year later.

Holbrook began dating French actress Laure de Clermont-Tonnerre in 2015. They eventually break up after a short period of time. Boyd then dated Maika Monroe briefly before meeting his future wife in 2016.

Boyd Holbrook was born in Prestonsburg, Kentucky, in the United States of America, on September 1, 1981. He is the single child of Ellen and Don Holbrook. His grandfather was Lynn Boyd Holbrook Jr., and his grandmother was Deloris Dotson.

Boyd Holbrook was born in Prestonsburg, Kentucky, in the United States of America, on September 1, 1981.
Photo Source: Instagram

Holbrook has no connection to the late renowned actor Hal Holbrook. He was raised in a low-income family. His father was a bulldozer operator, while his mother was a real estate agent. Furthermore, his high school did not have a theater or art program, thus becoming an actor was never a goal of his.

In reality, Boyd wanted to play basketball in order to get a college basketball scholarship. Unfortunately, he was not very good at basketball and did not receive a scholarship. He enrolled in a local college but had to work full-time at night to pay for his education. This way of living was not sustainable for him, so he dropped out after two semesters.

Holbrook began working as a carpenter at a theater house after college, where he was noticed. After entering the entertainment industry, he received numerous training. He enrolled at the William Esper Studio in Manhattan, New York, where he finished a two-year Meisner Acting Program.