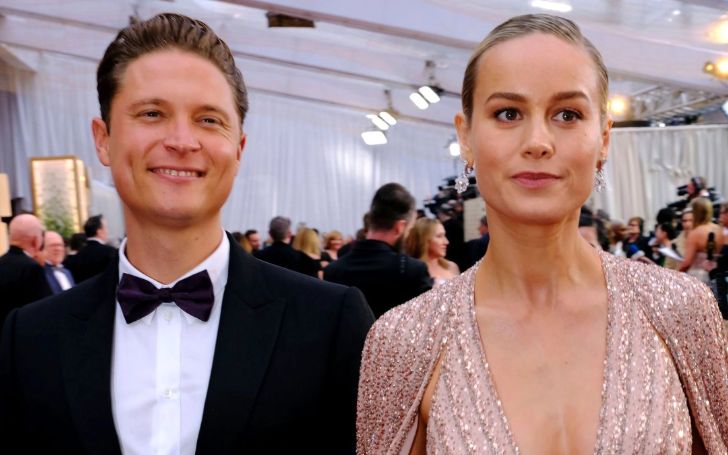 Grab All The Details On Brie Larson Personal life!!

Brie Larson is an actress, singer and filmmaker. She has also received several awards, including Academy Award. Larson became the youngest student enrolled in an acting program run by the American Conservatory Theater at six.

Larson began her career as a supporting actress in films such as Hoot and 21 Jump Street. She received her first break in her career when cast as the lead in Short Term 12.

As of 2021, Larson enjoys an estimated net worth of $10 million, as noted by Net Worth Post. Let's get more insight into her romantic encounters through this article.

Who is Brie Larson Boyfriend In 2021?

Brie Larson's boyfriend's name is Elijah Allan-Blitz. He is another amazing personality and an award-winning director who worked on a Lumiere Award-winning film. Take Every Wave: Laird in VR, an Emmy-nominated virtual reality experience, inspired the film. This project earned him an award as well as numerous compliments from fans and potential supporters.

In 1987, Elijah was born in Santa Barbara, California. He is an actor as well as a fantastic musician. In 2012, Allan-Blitz released his first album, The Photon Belt. People began to recognize him more after he started dating Larson.

Click Here To See: Who is Alexandra Breckenridge? Who is her Husband? All the Details Here

Larson made her first appearance with Elijah in February 2020, when the two walked the red carpet at the Academy Awards. After that, they officially confirmed their relationship after the rumor of them dating had spread throughout the news.

The rumor began in 2019 when paparazzi caught the two of them kissing in a parking lot while they were shopping in Los Angeles. The pair frequently made public appearances after they announced the relationship. Brie and Elijah don't mind sharing PDA moments for the paparazzi and media to see.

Brie Larson was engaged to the lead singer of the band Phantom Planet, Alex Greenwald. They had even been together for six years! They had been engaged for nearly three years and dating for three years. However, the couple broke up in 2019.

At first, the relationship was kept private. But after Larson mentioned her boyfriend in her winning speech at the Gotham Independent Awards for her role in Short Term 12, people could not stop talking about them.

Neither of them disclosed the reason behind their breakup. Larson and Alex remained close friends even after they were no longer together.