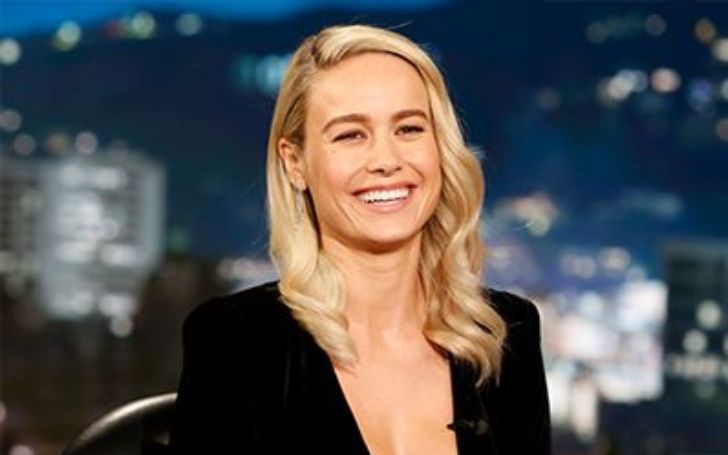 Learn All The Details On Brie Larson's Net Worth!!

Brianne Sidonie Desaulniers, aka Brie Larson, is an actress, screenwriter, director, poet, and musician from the United States. She is well-known for her roles in Sleepover, Remember the Daze, Scott Pilgrim vs. the World, 21 Jump Street, Short Term 12, etc.

Larson portrayed a powerful character in the film Room. She won several awards for her outstanding performance in this film. Brie is a co-founder of the Times Up movement, which seeks to end sexual abuse in the entertainment industry.

Larson is romantically involved with Elijah Allan-Blitz and, they made their first public appearance in 2020. Besides his personal life, we'll learn in detail about Brie's career and net worth.

As per Net Worth Post, the estimated net worth of Brie Larson is around $10 million. Her wealth is primarily derived from her acting career. Larson showed up in over 30 films and television series, and she is far from finished.

As per Net Worth Post, the estimated net worth of Brie Larson is around $10 million.
Photo Source: Instagram

Larson has achieved numerous milestones and accolades in her acting career, including an Academy Award, a BAFTA Award, and a Golden Globe.

According to Celebrity Net Worth, Larson's estimated net worth is over $25 million in 2022. She got $5 million for her role in the Marvel Cinematic Universe movie "Captain Marvel." Her pay for Avengers: Endgame was never announced, although actors normally earn more money based on how many times they reprise their roles in the MCU.

Brie Larson's career began at the age of eight when she appeared on the talk show The Tonight Show with Jay Leno. She appeared in a parody commercial for the Malibu Mudslide Barbie on the show.

In 2003, Larson appeared in the Disney Channel film Right on Track. She began promoting her musical abilities the same year. She made several tracks available on her website. Brie played supporting roles in films such as The Spectacular Now, Don Jon and The Gambler in 2013 and 2014.

In 2017, Brie directed her first feature film, Unicorn Store. She played the lead role in this comedy film. The movie was not a big hit. She is currently focusing her efforts on her acting career.