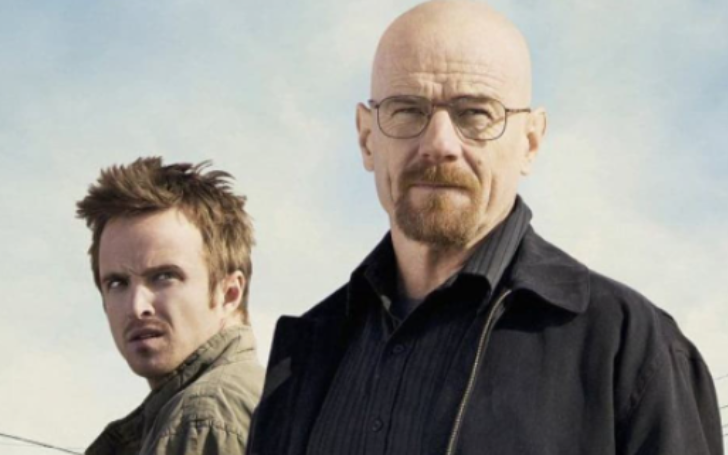 As per People, Bryan Cranston & Aaron Paul will both appear in the final episodes of the Bob Odenkirk-starrer prequel, according to series co-creator Peter Gould.

The producers of Better Call Saul have finally come out and said it: Walter White (Cranston) and Jesse Pinkman (Paul) will appear in the final season of Better Call Saul after years of dancing around it, shrugging elaborately, and gradually hinting at it.

Bryan Cranston & Aaron Paul will both appear in the final episodes of the Bob Odenkirk-starrer prequel.
Photo Source: Instagram

According to series producer and co-creator Peter Gould, who confirmed what he and Vince Gilligan hinted at last night's premiere at PaleyFest, Breaking Bad stars Bryan Cranston and Aaron Paul will appear in the prequel's final batch of episodes, which will premiere on April 18.

While speaking on a panel for the show, Gould commented, "I don't want to spoil things for the audience." "However, when we originally started the show, the first question we asked was, 'Are we going to see Walt and Jesse on the show?'" I'll say yes instead of avoiding it."

Recommended: Ben Affleck & Jennifer Lopez are Engaged- Get All the Details

It's not clear how they'll fit into Saul Goodman's plot, which began months, if not years before they met on Breaking Bad's "Better Call Saul." "How, or the conditions, or anything, you'll have to figure out for yourself," he says, "but I have to say, that's one of many things I believe you'll figure out this season."

"If you can believe it, there's more," series actor Bob Odenkirk attempted to continue, but Gould cut him off.

"It would be a darn pity if the show concluded without (Cranston and Paul) appearing, would it not?" Gould and Gilligan agreed last night.