Home / net-worth / Cara Delevingne's Net Worth in 2021: Everything to Know About Her Earnings and Income

Cara Delevingne's Net Worth in 2021: Everything to Know About Her Earnings and Income 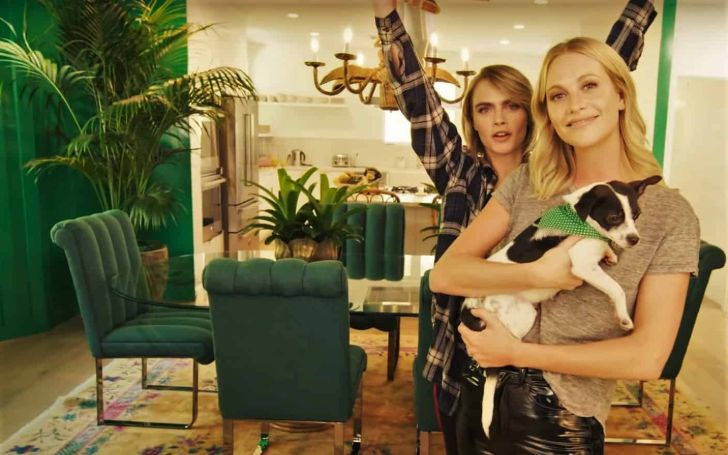 How Much Does Cara Delevingne Make? Grab All The Details On Her Bank Balance Here!

Cara Jocelyn Delevingne is an English model, actress, and singer known for her many high-profile fashion designs and campaigns, including H&M, Zara, Chanel, and Burberry. She is a lady who stepped into the glam world during her teens.

29-year-old Kids in Love cast is openly identified as bisexual before and recently as a pansexual. However, Delevingne has connected with different handsome faces so far. As the most searched beauty in the modeling biz, her fans are curious about her earnings, which we will discuss here.

Cara Delevingne Net Worth As of 2021: Income And Earnings

A decade into her career, Cara Delevingne has collected a pocket full of greens as of 2021. She is a multi-millionaire and possesses a massive net worth of $28 million as per Celebrity Net Worth. However, as noted by Daily Mail, she currently holds a hefty net worth of £30.2 million, which is somewhere around $41 million.

With the support of different endorsements with companies like YSL Beauty, Burberry, and Tag Heuer, Delevingne is one of the highest-paid models in the world. Her estimated earnings are about $9 million a year.

Delevingne is one of the highest-paid models in the world.
Photo Source: Pinterest

Delevingne stated herself as an animal lover. Her pet dog Alfie lives with her, often spotted on her Instagram. Likewise, she auctioned off her personal TAG Heuer watch to aid wildlife conservation, raising $25342.48 for WildCRU.

According to some outlets, Delevingne, who had never undergone plastic surgery, spent a sum of $100,000 for a birthday holiday in 2017. She went to the Mexican wellness resort Chablé for the celebration.

Click To Know: What is Dylan O'Brien Net Worth in 2021? Find It Out Here

Earnings daily and grabbing million dollars also Delevingne said, "I realized money isn't everything. You get to the point where you're like. Oh, I've made money, but I'm so deeply unhappy and alone."

In 2017, Cara Delevingne and her sister Poppy owned a Los Angeles home from actor Jared Leto for a little over $2 million. After then they start to work on the property on remodeling it, bringing in a Mexican Talavera sink and toilet and several whimsical touches, as mentioned by The Things.

The bedroom is decorated with disco lights, a mirrored ceiling, and a stripper pole. The house is quite interesting. A secret passageway concealed behind a low, painted panel leads from the living room to an adjacent bunk room.

One of which enters the so-called rebirth canal through a vulval soft sculpture and then proceeds to crawl out of around washing machine door suggestive of a rectum. Before, the house was listed for sale for $3.75 million; however, it's not there now.

For more detail on celebrity net worth, stay tuned with us in Idol Persona.