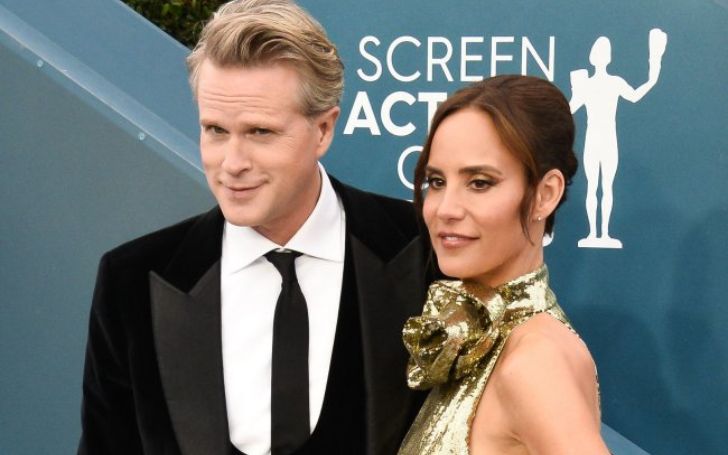 Let's Get To Know About Cary Elwes And Lisa Marie Kubikoff Romance In Detail Here!

Cary Elwes is an English professional actor, film producer, and writer. He debuted with the drama Another Country, alongside handsome fellow actors Rupert Everett and Colin Firth.

The 58 years old author is a millionaire accumulating a total net worth of about $8 million. In addition, Cary acclaimed nearly $1.2 million per year through entertainment biz. He gathered more than $1 million through his 2005's movie Saw as the cut of the pictures besides his acting fee.

Cary Elwes is married to his wife, Lisa Marie Kubikoff, known for her work on Wonderland, The Cool Surface, and Rent Control. They shared their vows on June 25, 2000, as noted by The Sun.

The internet sensation Cary met photographer Lisa in the early 1990s. The couple's first encounter was at a chili cook-off in Malibu, California.

Knowing each other from 1991, they were more than a friend for six years. And in 1997, the couple exchanged their rings and tied the knot three years later.

Also, See: Quinta Brunson is Engaged? Find Who is Her Boyfriend-Turned-Fiancé?

After seven years of togetherness, the duo welcomed their daughter, Dominique Elwes,14, on April 24, 2007. They gave birth to their baby girl in a hospital, Cedars-Sinai, situated in LA.

When Dominique passed the eighth grade, Lisa congratulated her daughter via her Instagram post, "Congratulations to our daughter @dominiqueelwes and the entire 8th grade class on finishing middle school."

She added, "under the most difficult circumstances with such determination and grace and another huge congrats to Dominique for winning the Theatre Arts Award. This is just the beginning!"

In 2019, on the occasion of the 19th anniversary, Lisa posted their pictures saying, "What was, still is. Happy 19, my love." Similarly, Cary recently posted on Instagram, "21 years married to this gorgeous, wonderful woman! Happy Anniversary, my darling."

Born as Ivan Simon Cary Elwes on October 26, 1962, in Westminster, London, Cary is the youngest of his parent's three sons. He was welcomed by portrait painter Dominic Elwes and interior designer and socialite Tessa Kennedy.

Know About: Who Are Alexandra Shipp Parents

Talking about Cary's siblings, he has two brothers, Damian Elwes (an artist) and Cassian Elwes (film producer). Besides them, he got two half-siblings named Milica Kastner (film producer) and Dillon Kastner.

Graduating from Harrow, Cary traveled to the US. After then, he attended Sarah Lawrence College in 1980 and studied acting, philosophy, and history. In addition, Cary studied German Expressionist Film in college. However, he left school after two years to begin his film career. 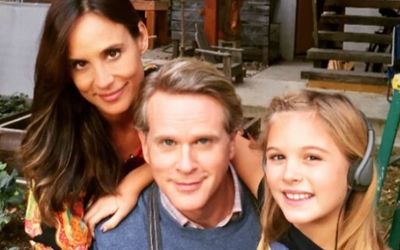