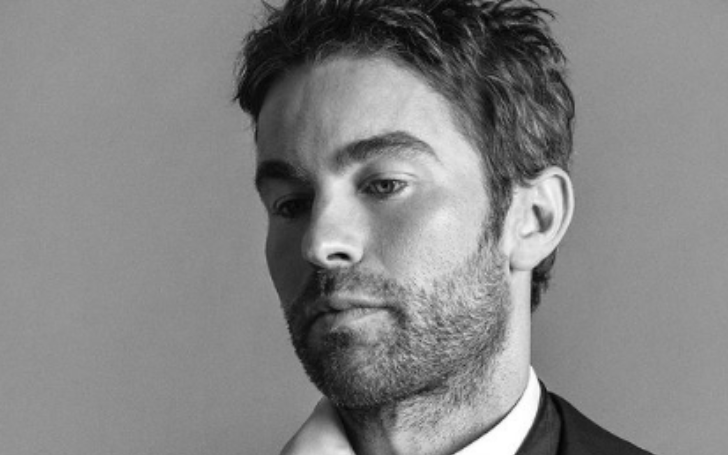 Grab All The Details On Chace Crawford's Net Worth!!

Chace Crawford is an American actor best known for his role on The CW's adolescent drama Gossip Girl as Nate Archibald. He is also well-known in films such as The Covenant, The Haunting of Molly Hartley, Twelve, and What to Expect When You're Expecting.

Crawford's roles in the TV programs Family Guy and Casual were also well-received. Chace, 36, is the son of a doctor and a teacher who had no intention of becoming an actor. He is romantically linked with his girlfriend, Rebecca Rittenhouse.

Chace Crawford's net worth is a whopping $6 million in 2022. As per Wealthy Peeps, he has donated to numerous charities and fundraisers over the years.

Chace Crawford's net worth is a whopping $6 million in 2022.
Photo Source: Instagram

Crawford has contributed to organizations such as the Alzheimer's Association, the Elton John AIDS Foundation, and Soles4Soul. He also featured at the Roadhouse Rock and Roll Charity Fundraiser in North London.

Chace Crawford Is Most Know For Appearing In Gossip Girl

Chace Crawford worked as a car valet in order to make ends meet while auditioning for films. He made his cinematic debut as Tyler Simms in the supernatural horror-thriller The Covenant at the age of 21.

Chace Crawford worked as a car valet in order to make ends meet while auditioning for films.
Photo Source: Instagram

The next year, in 2007, Crawford won his breakthrough role as Nate Archibald on The CW's adolescent drama Gossip Girl. The show was based on Cecily von Ziegesar's novel series of the same name and aired for six seasons from 2007 to 2012.

Chace appeared in each of the six seasons. He earned multiple Teen Choice Awards for his depiction of Archibald on the show, which won 18 in all.

Chace Crawford continued to audition for additional roles while on Gossip Girl. He co-starred in the criminal thriller Loaded in 2008 and played the lead in The Haunting of Molly Hartley.

Crawford also played the romantic interest in Leona Lewis' music video for I Will Be. People magazine voted him the Summer's Hottest Bachelor in 2009. He starred in filmmaker Joel Schumacher's film Twelve, which premiered at the Sundance Film Festival in 2010.

The film was based on Nick McDonell's novel of the same name. Chace was supposed to play the lead in the remake of Footloose, but backed out after only a few weeks of rehearsals, and was finally replaced by Kenny Wormald.

Crawford made an appearance in Peace, Love, and Misunderstanding in 2011. He was also cast in What to Expect When You're Expecting, a film based on the book of the same name, opposite Jennifer Lopez and Kirk Jones. For his efforts, Crawford was nominated for a Teen Choice Award.

In 2014, Chace starred in the 100th episode of the famous Fox show Glee, playing Quinn Fabray's new boyfriend. He was also cast as Cooper Pollard in the independent comedy Mountain Men.

You May Also Like: What is Sophia Di Martino Net Worth? Details on her Movies & TV shows and Earnings

Crawford was cast as the lead in Robert Legato's psychological thriller Eloise. The plot revolves around four pals who break into an asylum. He was cast in the lead character of Billy LeFever in ABC's new primetime serial opera Blood & Oil in March 2015.

For his portrayal, Chace was nominated for a People's Choice Award in the category of Favorite Actor in a New TV Series. The series, however, was short-lived, since it was discontinued after only 10 episodes.

In 2016, Crawford was cast in Undrafted, an indie sports comedy-drama film based on the true story of a young baseball player. Warren Beatty wrote and directed the film Rules Don't Apply, in which they played minor roles.

Chace got the role in I Do...Until I Don't with Amber Heard and Ed Helms in mid-2016, written and directed by Lake Bell. In April, he performed one of the roles from the Black List script, College Republicans, at the Montalban Theater.

The following year, Crawford was cast in the recurring role of Byron on the comedy sitcom Casual. He also had roles in Riptide, Nighthawks, and All About Nina.

Chace was featured as the Deep in the Amazon Studios adaptation of the comic book series The Boys in 2018. The show debuted in 2019, and its second season debuted in 2020, with the third season set to debut in 2022.

It was well-received by both audiences and reviewers, and it was nominated for and won numerous awards. Crawford also starred in Inheritance in 2020 and voiced a character in the English dub of Belle, a Japanese animated film.