Home / lifestyle / Is Cheryl Burke Married? Who is her Husband? All details here 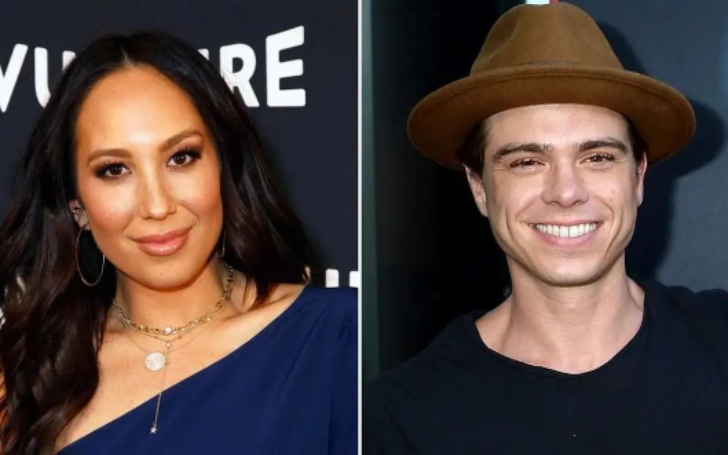 Grab All The Details On Cheryl Burke's Personal Life!!

Cheryl Burke is a wealthy American dancer, model, and television host with a $3 million net worth. She rose to prominence as a professional dancer on Dancing with the Stars. She won both the second and third seasons of the show, making her the first female professional to do so.

The 38-year-old star has also been on the shows I Can Do That and Dance Moms. Burke has a clothing line and a series of workout DVDs and has appeared in several television commercials. She has around 704k followers on her Instagram account.

Cheryl has also written an autobiography describing being abused in the past. She volunteers for various charity organizations and helps victims of child abuse.

Yes, Cheryl Burke was married to Matthew Lawrence. He is an American actor best known for his role as Jack Hunter in the 1993 film Boy Meets World.

Lawrence also acted in Mrs. Doubtfire (1993) with Robin Williams, most recently in My Husband's Secret Brother, a Lifetime thriller. While he never competed on DWTS, his brother, actor Joey Lawrence, did on season 3.

Cheryl Burke and Matthew Lawrence began dating in 2007, but their relationship ended a year later. After ten years, the two restarted their romance. Matthew proposed in May 2018, and the couple married a year later.

Burke and Lawrence were married after being in an on-again, off-again romance since 2007. However, they are now separated.

Cheryl Burke confirms her separation from her husband, Matthew Lawrence

As per Edition, Matthew Lawrence and Cheryl Burke have announced their separation. Burke, well known for her work on Dancing With the Stars, appealed for "compassion and privacy" as she deals with this personal matter in a statement on her official Instagram account.

"I know I've always said I'm an open book with you guys, and I do try to be, but in writing this I've realized there isn't really a simple way to announce that my marriage is ending," she said. "I hope you realize that I will not be discussing further at this time and respectfully request your understanding and privacy."

Cheryl also expressed gratitude to her fans for "all the nice comments and support you've given me." Burke also hosts a podcast in addition to her television career.

Lawrence, to whom she has been married since 2019, is best remembered for his role as a child actor on the '90s TV show Boy Meets World. Burke filed for divorce on February 18, according to People magazine.

You May Also Like: Is Chris Evans in a Relationship? Learn his Dating History

Burke mentioned Lawrence during an interview on the Kelly Clarkson Show two days before filing for divorce, joking about the actor's love for pet reptiles.

"No snakes, that was the agreement. I said no snakes "she stated. "So when we started dating over a decade ago, I knew I was marrying a guy who loves reptiles."

On May 3, 1984, Cheryl Burke was born in San Mateo County, California. Her parents are Stephen Louis Burke and Sherri Bautista. Nicole Burke, her younger sister, was her childhood companion. Mandy, her stepsister, is also a part of her family.

Burke went to a typical primary school before graduating in 2002 from the Menlo-Atherton High School. She began ballet lessons at the age of four.

Cheryl's mother discovered after a few years that Burke had lost interest in dance. As a result, she took her to a ballroom completion when she was ten years old. Burke was so taken with the dancing form that she determined to master it.

Burke began her ballroom dance training when she was 11 years old. Her tutor advised her to concentrate on standard and Latin styles. Cheryl began competing in international ballroom dance events within two years.

Cheryl was discovered by an ABC talent agency while competing in a 2005 competition with her then-boyfriend, Jose DeCamps. Her involvement in the network's dance reality series Dancing with the Stars followed (DWTS).