Home / net-worth / How Rich is Chris Evans? Details on his Net Worth here

How Rich is Chris Evans? Details on his Net Worth here 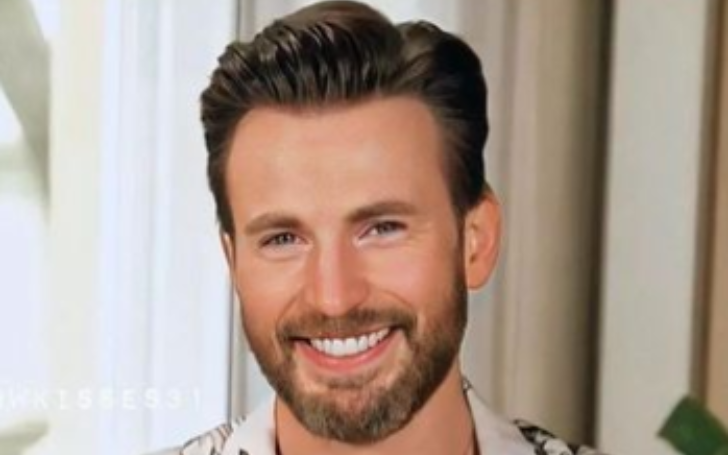 Grab All The Details On Chris Evans' Personal Life!!

Chris Evans is a well-known American actor. The 41-year-old actor rose to prominence for his role of the Human Torch in the 2005 film Fantastic Four and its sequel Fantastic Four: Rise of the Silver Surfer. Evans is one of the world's highest-paid actors.

Evans is best recognized for his charismatic performances in superhero films, but he has also received praise for more nuanced dramatic and comedy performances. Chris made his Broadway debut in the 2018 revival of Kenneth Lonergan's play Lobby Hero, for which he was nominated for a Drama League Award.

Talking about Chris' personal life, he has dated a number of well-known actresses. But as of now, he doesn't have a girlfriend or wife.

What is Chris Evans' Net Worth?

Chris Evans' net worth is expected to be $80 million in 2022. The majority of his money came from his work with Marvel Cinematic, though it took him some time to get there after collecting a very modest $300,000 for his first Captain America picture.

For Avengers: Infinity War, Captain America: Civil War, and Avengers: Endgame, Evans received $15 million for each picture. 6 ft tall superstar has most likely made between $75 million and $100 million for his involvement in the Marvel Cinematic Universe.

Chris Evans' residence is more expensive than the average person's. Over the years, he has bought and sold several lovely homes.

As per The Richest, Evans lives in Laurel Canyon, California, in a $3.5 million home he recently refurbished. The house was built in the 1940s and underwent extensive modifications in 2013. Stewart-Gulrajani Designs, a business best known in Los Angeles for renovating and flipping properties, remodeled the property before Chris bought it the same year.

The property was listed by Paul Wylie of Lamerica, the parent firm of Stewart-Gulrajani Designs, while Evans was represented by Rayni Romito's Hilton & Hyland. As per the NY Post, the residence is spread across nearly an acre of land, with a 4,600 sq. ft. structure in the center.

The property on Torreyson Drive has three bedrooms and a half baths. Two bedrooms are Master Suites, with the third serving as a Staff Quarter. The Main Bedroom features a large walk-in closet, an ensuite bathroom with a steam shower and radiant heat, a laundry room, a free-standing tub, and an interior composed of Italian Calcutta marble and limestone.

The estate is protected on all sides by guarded walls and offers stunning views of Los Angeles and the Santa Monica Mountains.

Chris Evans made his first appearance in a short educational video called Biodiversity: Wild About Life! His other early projects included modeling Tyler in Hasbro's Mystery Date board game.

Evans' acting career truly took off when he was cast as a supporting character in the summer 2000 teen comedy-drama Opposite Sex. Following that, he expanded his acting resume by appearing in shows such as The Fugitive, Skin, and Boston Public.

In his early films, Chris appeared in Not Another Teen Movie, as well as the independent movies Fierce People and London. His big break came in 2005 when he was cast as the Human Torch character Johnny Storm in the film adaptation of the Fantastic Four comic book.

Evans returned to the role in Fantastic Four: Rise of the Silver Surfer in 2007. He appeared in movies such as Sunshine, Street Kings, The Loss of a Teardrop Diamond, Push, and Puncture. He resumed his work in comic book adaptations with The Losers, a DC Comics imprint Vertigo comic series, and Scott Pilgrim vs. the World.

You May Also Like: What is Aramis Knight's Net Worth? Details on his Movies & TV Shows

Evans also made cameos in MCU films such as Ant-Man and Spider-Man: Homecoming. He has revealed that he is no longer playing Captain America since Avengers: Endgame.

Despite all of the time he spent filming in the MCU, Chris was able to work on several other projects at the same time. These movies include the romantic comedy What's Your Number?, in which she co-stars with Anna Faris, the biographical film The Iceman, Snowpiercer, the family drama Gifted in 2017, the Netflix thriller The Red Sea Diving Resort in 2019, and the murder mystery Knives Out in 2019.

Before We Go, an independent love drama that premiered at the 2014 Toronto International Film Festival, marked Evans' directorial debut in 2014. In addition, Chris made his Broadway debut in a production of Kenneth Lonergan's Lobby Hero in 2018.