Do Chris Hemsworth & Elsa Pataky have Kids? Details on their Married life & Children 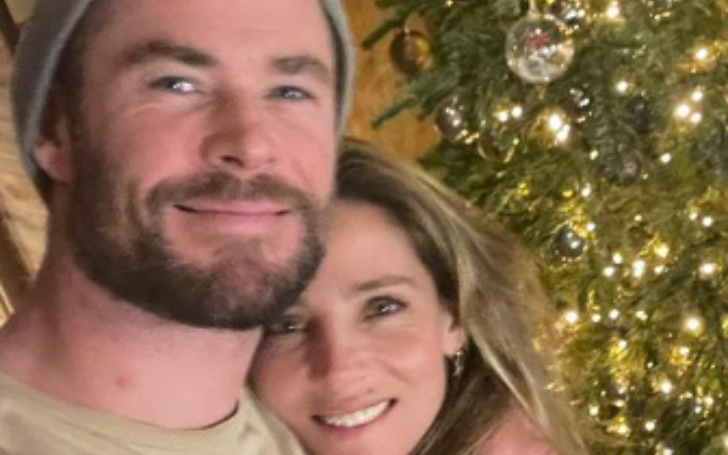 Grab All The Details On Chris Hemsworth's Personal Life!!

Chris Hemsworth is a wealthy Australian actor best known for playing Thor, a superhero from Marvel Comics, in the American blockbuster "Thor." He earned the character of Kim Hyde in the Australian drama series Home and Away while pushing his luck in acting.

6'3'' tall star has competed in the Australian version of Dancing with the Stars. The blockbuster popular picture Thor gave Hemsworth his big break in 2011. In the sequel to the movie, Thor: The Dark World, the Australian heartthrob resumed his role as Thor as well as in The Avengers, and its sequel, Avengers: Age of Ultron. His estimated net worth is around $130 million.

The 38-year-old actor is a big supporter of The Australian Childhood Foundation, which helps children who have been neglected or abused. Chris is a passionate supporter of the cause, devoting both time and resources to safeguarding youngsters from such dangers.

Yes, Chris Hemsworth and Elsa Pataky have three kids together. As per Womenshealthmag, His older daughter, India Rose Hemsworth. She was born in May 2012. Hemsworth demonstrates that he is a fantastic father. He enjoys spending time with India's younger brothers.

With her father, India enjoys surfing and doing yoga. Furthermore, it appears that the girl has inherited her parents' acting abilities. The Thor actor revealed that his daughter feigned to be ill in order to avoid going to school and that everyone believed her.

You May Also Like: Is Austin Butler in a Relationship? Learn his Dating History

One of the twins in the family is Tristan Hemsworth, they were born in March 2014. Tristan's twin sister is Sasha Hemsworth. Because of their children's enthusiasm for animals, his parents threw a petting zoo party for their first birthday. Hemsworth admits that his family has always come first. To spend time with his children he even turned down several projects.

On Instagram, Chris and Elsa frequently post amusing images and videos of their children. Hemsworth, for example, shared a sweet photo of himself and his two sons running around the home in superhero capes.

Chris Hemsworth met his wife Elsa Pataky through talent agent William Ward in early 2010, and the two were officially dating by September. While there was no "wow!" moment when Christ first met Elsa, dating her "simply made right," he stated in an interview with Elle.

After only a little more than three months of dating, the couple tied the wedding. Hemsworth's wedding took place around Christmas time in Australia, where he was born and raised.

In December 2020 Chris took to Instagram to share a photo of the happy pair to celebrate their ten years of marriage. In the caption, he wrote, "10 years together!" "Looking forward to current medicine's and science's achievements, as well as a couple hundred more!"

Hemsworth and Pataky decided to make a significant change after living in Los Angeles for a few years, and they packed their bags for Australia in 2015.

Chris told Traveller, "Me and my wife just thought it was right for the family that we moved back to Australia." "In Byron, the locals treat us as if we were one of them. It's more laid-back than L.A., less intense, and overall better for raising our three kids."

As per US Magazine, "To roundhouse kick a nuclear missile into space, sometimes you need a one-woman army. That's when you call @elsapatakyconfidential," Hemsworth posted alongside a trailer for his wife's next film on Instagram in May 2022. "Don't miss her new film INTERCEPTOR, directed by @matthewreillyofficial, which will be released on Netflix on June 3rd!"

On August 11, 1983, Chris Hemsworth was born in Melbourne, Australia. He is the second of three boys to Craig Hemsworth and Leonie (née van Os). Liam Hemsworth and Luke Hemsworth, his brothers, are both actors. His ancestors are from England, Ireland, Scotland, and Germany.

Hemsworth's father works as a social worker, and his mother is an English teacher. His parents raised him and his brothers between Melbourne and the Outback, in the Northern Territory, in Australia's distant interior.

Chris attended Heathmont College, a well-known co-educational government secondary school in Heathmont, Victoria. After a few years, his family moved to Phillip Island, which is located south-southeast of Melbourne, Victoria.

Chris has become one of the world's highest-paid actors as his career in Hollywood blockbusters has progressed. In 2014 and 2018, he made Forbes' list of the World's Highest-Paid Actors. With estimated earnings of $76.4 million, he was rated 31st in the magazine's list of Highest-Paid Celebrities in 2018 and 24th in 2019.

Stay tuned to Idol Persona for the latest details on Celebrity Relationship Content.