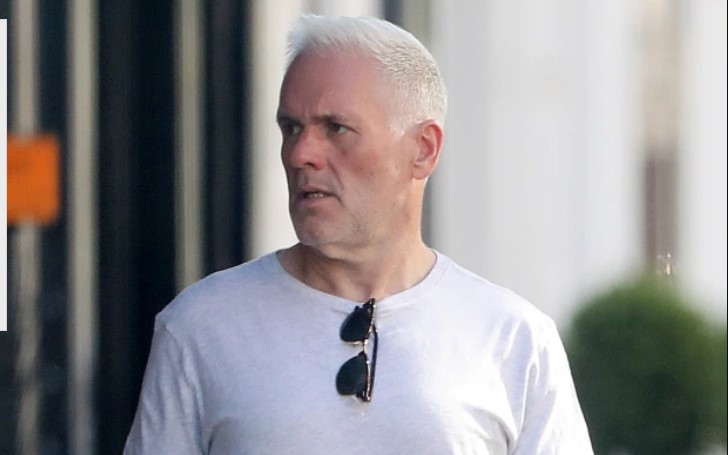 The TV presenter has also made several appearances on television shows like 'Hotel Babylon,' 'Dale's Supermarket Sweep,' 'Top Gear,' 'The Charlotte Church Show,' 'The F-Word,' and Many.

From what we know about Chris, he has always been, a little, on the heavier side of his weight. The chubby lad has undergone a massive transformation recently and is almost unrecognizable. Well, we did not!

So, how did Chris Moyles lose weight? What did he do for the drastic weight loss? Let's find out.

Earlier today, The Sun reported the Radio X presenter showed off his incredible five stones weight loss and topped off with his grey dyed hair. The radio presenter was joined by his girlfriend, Tiffany Austin, as he walks around on the street of London.

Chris Moyles' weight loss has been the talk of the town following his pictures of him getting out of his Porsche got viral on the internet. The 46-year-old media personality was seen clad in a white t-shirt, paired with white shorts and shoes.

Just like us, fans could not believe their eyes after they saw him in his new figure. Chris Moyles is trending on Twitter right now. As seen on The Sun, one of the users wrote, "Oh my god Chris Moyles, he's lost loads of weight."

Another of his fan wrote, "Jesus!!! Is that Chris Moyles? Where's he gone." Well, as you can see from the fans' reactions, Radio X presenter does look like a different person now.

How Did Chris Moyles Lose Weight?

The radio presenter was on his health regimen following his quit from BBC Radio 1 breakfast show in 2012. Back in 2018, the television and radio personality, Chris, revealed he shed five stones. But his recent figure shows he has lost more than that.

Chris Moyles before and after his weight loss; Can you still recognize him?
Photo Source: Celeb Now

The Sun published an article on February 24, 2020, where it shares a post by Keith Lemon from his Instagram. Keith was seen with his friend, Chris, who seemed incredibly thinner.

As soon as fans noticed the TV/radio presenter, they started bombarding with their comments. One of the fans wrote, "My god Moyesey, how much weight have you lost?"

According to the reports, the 46-year-old attributed his massive change to a combination of eating healthy, regular exercise, and personal trainer. Previously, the TV presenter admitted he was a fan of junk foods, but now he swapped it with vegetables, fruit, grains, and proteins.

You May Also Like: Marc Gasol Shows Off Incredible Weight Loss During Quarantine