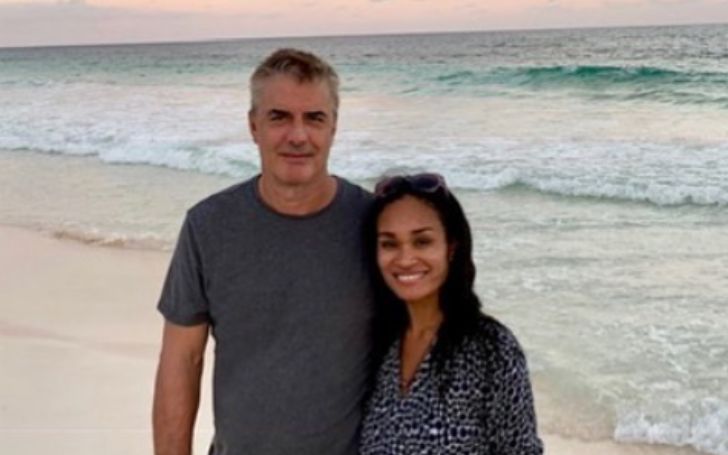 Grab All The Details On Chris Noth Personal Life!!

Chris Noth is an actor from the United States with a net worth of $16 million. Noth is best known for his roles in Sex and the City, Law & Order, and The Good Wife.

The 67-year-old actor has appeared in over 70 films, including Cast Away, Mr. 3000, and Lovelace. Chris' fans are more interested in his personal life. So, in this article, we'll learn in detail about his married life and early life.

As per The Famous People, Yes, Chris Noth is still married to Tara Wilson. The couple tied the knot on April 6, 2012. In addition, the pair has two children together. In January 2008, they had their first child, Orion Christopher Noth. Their second son, Keats Noth, was born on February 18, 2020.

Chris Noth is an actor from the United States with a net worth of $16 million.
Photo Source: Instagram

Noth first met Tara at The Cutting Room, a New York music club he co-owns with Steve Walter, a Berklee College of Music alumnus. He previously had a long-term relationship with Beverly Johnson, a supermodel and actress.

Chris Noth was born in Madison, Wisconsin, on November 13, 1954. His mother, Jeanne Parr, was a CBS news reporter and talk show host, and his father, Charles Noth, was an insurance agent, a marketing firm vice president, and a World War II navy aviator.

6' 2'' tall artist grew raised in Connecticut with elder brothers Michael Noth and Charles Noth, and the boys tragically lost their father in a vehicle accident in 1966. After that, Chris' mother remarried, the family moved to southern California in 1969, and then to New York a few years later.

After damaging a neighbor's car while using it for a joyride, Jeanne was tempted to send Noth to an all-boys boarding school, but he persuaded her to send him to The Barlow School, a co-ed school Dutchess County, New York. Chris relocated to Brooklyn after graduation and took a job at a school for the mentally impaired.

Noth eventually enrolled at Marlboro College in Vermont and joined a repertory theatre company, making his stage debut in "She Stoops To Conquer." After graduation, He returned to New York and studied acting with Sanford Meisner at the Neighborhood Playhouse School of the Theatre.

Chris was expelled after "The New York Times" published a photo of him appearing in a Manhattan Theatre Club performance. He auditioned for Yale University and Juilliard and was accepted to both schools.

Noth chose to attend Yale School of Drama, where he received a scholarship and graduated with an MFA in 1985. During his college years, he appeared in approximately 25 plays.