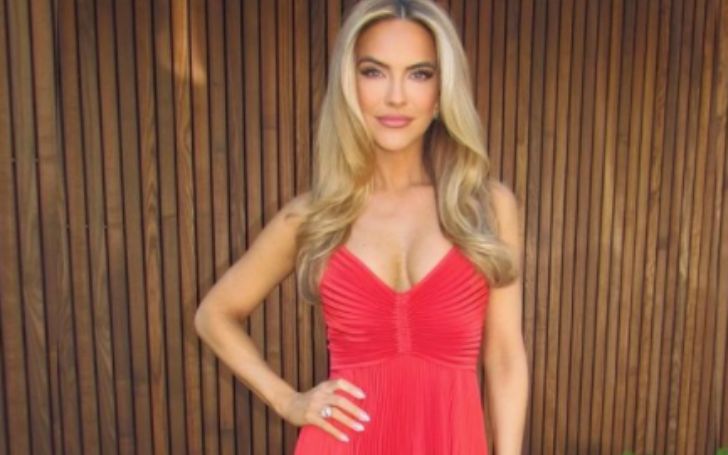 Grab All The Details On Chrishell Stause Personal Life!!

Chrishell Stause is an American actress who rose to prominence after starring Amanda Dillon in All My Children. She also portrayed Jordan Ridgeway in Days of Our Lives. Stause made her film debut in the 2008 film Scaring the Fish playing the role of Robin.

Stause became a successful television actress by portraying characters such as Justine Befort in Body of Proof, Jules in Curse of the Crimson Mask, Zoey Miller in Youthful Daze and Bethany Bryant in The Young and the Restless.

The 40-year-old star's film career appears to be on the rise at the moment, as she was cast in her first leading role in Eve of Abduction. Chrishell has an estimated net worth of around $5 million.

As per Us Magazine, Chrishell Stause and Jason Oppenheim confirmed their breakup on December 21, 2021. The former couple met while working at the Oppenheim Group, a real estate firm owned by Jason and his brother Brett Oppenheim, and where Chrishell works as an agent.

Chrishell Stause is an American actress who rose to prominence after starring Amanda Dillon in All My Children.
Photo Source: Instagram

In July 2021, the lovebirds announced their relationship. At the time, Jason told People that his friendship with Chrishell had "developed into an amazing relationship." "I deeply care about her, and we are very happy together," he added.

Stause told E! News the following month that she and Jason started dating a few months before going public with their relationship.

Recommended: Who is Macy Morphew? All the Facts Here

Chrishell and Jason confirmed their split on social media on December 21, 2021, with individual statements about their breakup. In each post, the Selling Sunset starts hinting that their differing plans, particularly their desire to have children, influenced their difficult decision to split up.

According to People, Chrishell opened up about her relationship with Jason in her recent book, Under Construction. Indeed, in her newly published book, Chrishell has talked about her ex-boyfriend and boss, Jason. Her book was out on the market on February 8.

Chrishell Stause and Keo Motsepe dated from December 2020 to February 2021. The pair broke up after three months of dating. Stause accused Keo of lying in an Instagram Story following their split.

From 2017 to 2021, Stause was married to This Is Us star, Justin Hartley. Justin filed for divorce from Chrishell in November 2019. He claimed in the documents that the two had divorced in July 2019, but Chrishell listed their divorce date as the same day he filed.

In January 2021, their divorce was finalized. According to Us Weekly, Stause and Justin did not sign a prenuptial agreement before getting married.

Chrishell and Matthew Morrison of Glee began dating in 2006. They were engaged in 2007 before splitting the following year. Matthew confirmed to Cosmopolitan in 2013 that he was the one who broke up with Chrishell because he wasn't ready to marry.

Chrishell snubbed Matthew and called him a dick in season one of Selling Sunset. "I'd want to kill myself if I ended up with the person I was with at 25." And, yes, you can look it up on Google. You were such a jerk! "I'm sorry!" she apologized.

Who is Chrishell Stause's Husband? Details of Her Married Life!