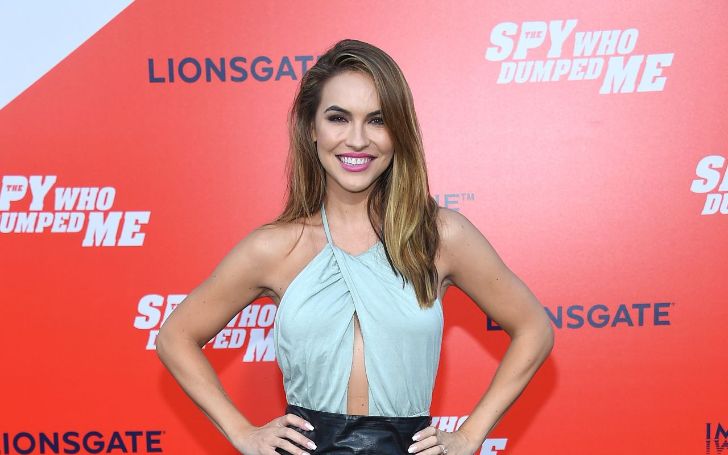 Learn all the top facts you need to know about the American singer and actress Chrishell Stause.

Chrishell Stause is an American actress and real estate agent, best known for her part on the Netflix reality show 'Selling Sunset.' The show follows the lifestyle of the real estate agents of the Oppenheim Group's real estate brokerage firm.

Chrishell Stause's also played in television series like 'All My Children' as 'Amanda Dillon' and on 'Days of Our Lives' as 'Jordan Ridgeway.' Many of the people don't know much about the 39-year-old actress; therefore, we compiled some important facts about her in the sections below.

Chrishell Stause was born on July 21, 1981, in Draffenville, Kentucky. Not much is known about the actress's early life because there is very little information on her biography.

Chrishell Stause attended Murray State University, where she graduated with a Bachelor of Arts degree in Theater in 2003. The actress was named 'Chrishell' by her parents on the day she was born when an attendant named 'Chris' called for help when her mother was in labor at a Shell station.

Chrishell Stause is well known for her role of 'Amanda Dillon' in the ABC soap opera 'All My Children.' The soap opera, however, was canceled and stopped on September 23, 2011. She later starred in the second season of the Dana Delany series 'Body of Proof.'

Chrishell Stause joined the cast of the NBC soap opera 'Days of Our Lives' in April 2013. She played the character 'Jordan Ridgeway' till she left the series in 2015. She again reprised the role in 2018.

Chrishell Stause made a guest appearance on the ABC primetime soapy drama, 'Mistresses' in 2015. And in April 2016, she joined the cast of 'The Young and the Restless' as Bethany Bryant. She played the role until she last appeared on August 17, 2016.

Chrishell Stause was cast in a leading role of the thriller movie 'Eve of Abduction' in 2017. She also played in other movies like 'Scaring the Fish,' 'The Crimson Mask,' 'The Crimson Mask: Director's Cut,' and 'Hot and Bothered.'

Chrishell Stause, besides her acting career, is also a real estate agent. She is a long-standing investor in the real estate market and initially began in the sector as a realtor.

Chrishell Stause soon found a real passion for the profession, and currently works for The Oppenheim Group, a real estate brokerage dealing in luxury homes in L.A. The reality show 'Selling Sunset' features the professional and personal life of the company's agents.

Chrishell Stause was previously engaged to Matthew Morrison from December 9, 2006 to 2007. Chrishell's engagement with Matthew did not last long, and they separated soon after.

Chrishell Stause and Justin Hartley were found to be dating in January 2014. The couple got engaged two years later, in July 2016, and later they tied the knot on October 28, 2017. The couple's marriage lasted only two years, and they separated when Justin filed for divorce in November 2019.