Home / net-worth / What is Christina Haack's Net Worth in 2021? All Details Here

Grab All The Details of Christina Haack's Net Worth And Earnings in 2021!

Christina Haack is an American television personality, author, and investor. The actress has appeared as the host and judge of five television series specially focused on the business and real estate field.

The 38-year-old television host is romantically involved with Joshua Hall, a licensed real estate business person based in Texas. Christina was married to her ex-husbands, Tarek El Moussa and Ant Anstead, in the past.

The 5' 9" tall television host has over million followers on her Instagram and other social media handles. As most of her fans might be interested in knowing what their favorite businesswoman owns, we have prepared a detailed article on Christina Haack's net worth and earnings in 2021.

What is Christina Haack's Net Worth in 2021?

According to OtakuKart, Christina Haack enjoys a net worth of $12 million in 2021. The television host managed to earn massive wealth through her real estate profits and the salary she received from television.

Christina Haack has a net worth of $12 million.
Photo Source: Instagram

Christina receives more than $50,000 for hosting her show on HGTV. The television anchor began hosting shows with $10,000 per episode and around $130,000 per season. However, her payment was raised after the show got popular.

The television host makes millions every year through her real estate profits. Christina purchased Newport Beach home in 2018 for $4.1 million and listed it for $6 million. Through this, we can analyze how great she is doing in her business.

As per Celebrity Net Worth, the estimated net worth of Haack is around $25 million.

Christina Haack has two luxurious cars. The mother of three got a Ranger Rover, which costs around $100,000. Similarly, she owns a Bentley, costing somewhere $200,000. She kept two cars after she divorced Ant Anstead; however, her ex-husband kept seven expensive cars after they parted ways.

The real estate personality has five houses in her name. According to Daily Mail UK, Christina recently purchased 23-acre Nashville-area vacation property. She has four properties in California. In addition to this, the businesswoman also owns a house in Tennessee spot.

According to Radar Online, Christina recently put her $6 million Newport Beach home on sale. The luxurious house, which lies in a 4,804 square feet area, contains five bedrooms and four-and-a-half bathrooms. She got full custody of the property after the divorce.

Christina owns an eight-carat diamond ring, which is rare to find. A caret diamond ring costs around $40,000, so hers might cost around $320,000. Her ex-husband gifted the ring.

Christina Haack started a company with her ex, Tarek El Moussa, Tarek and Christina, a real estate agency. And soon after that, she made her first profit of $34,000 after selling the house for $115,000.

After Christina divorced her first husband, Moussa, the company is owned by her former beau alone. However, she never stopped her buying and selling properties. 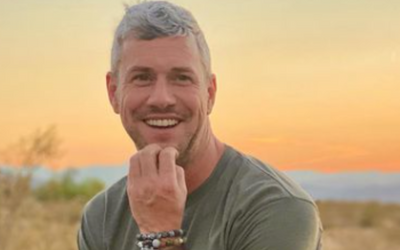