Home / lifestyle / Who is Christina Zilber? Detail About her Married Life and Relationship

Who is Christina Zilber? Detail About her Married Life and Relationship 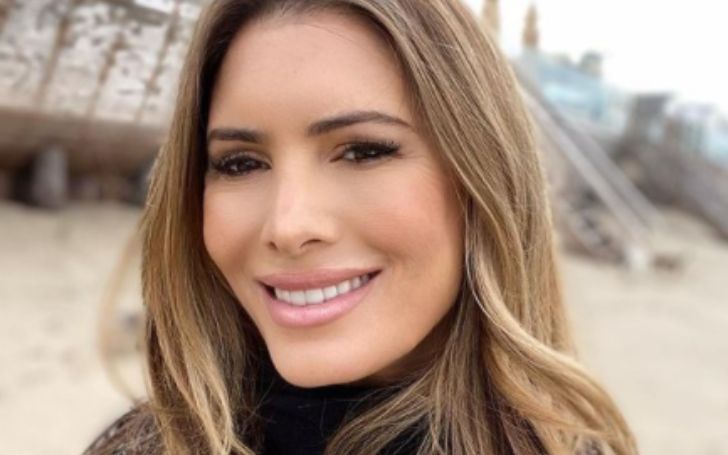 Grab All The Details On Christina Zilber Personal Life!!

Christina Zilber is an actress and producer who has worked on movies such as Jane Bond, The Item, and Cyber Tracker. She is also the essence of girl power, as her ambitious personality and business accomplishments inspire millions of divas worldwide.

Zilbert rose to global notoriety despite being an entrepreneur because of her presence and contributions in the beautiful world of fashion and beauty. Jouer Cosmetics, which she started in 2008, reaped the benefits of her investments very quickly.

Christina estimated net worth is around $2 million. In this article, learn all about Zilber's personal life.

Christina Zilber is a San Francisco native. Her age is kept private. She is the daughter of Marshall Naify, a horse breeder. She went to Pepperdine University in Malibu.

Christina Zilber is an actress and producer who has worked on movies such as Jane Bond, The Item, and Cyber Tracker.
Photo Source: Instagram

Christina Zilber married her husband Laurent Zilber, a French producer, in 1995. The duo owns a cosmetics company and Trillion Entertainment, which focuses on independent films.

Christina Zilber has two kids with her ex-husband, Laurent. Talking about her children, she is blessed with a son named Emmanuel Zilber and a daughter named Amelie Zilber.

On March 27, 2002, Amelie was born in Pittsburgh, Pennsylvania, United States. Her ethnicity is French, Lebanese, and American.

She is a well-known model, actress, and social media influencer from the United States. Amelie is popular for her work with the LA Models agency on several modeling ventures.

Recommended: Is Ana de Armas in a Relationship? Learn her Dating History

Amelie is also well-known for founding the Two Minute Times news platform and serving as the UNICEF's youth brand ambassador. She has a YouTube channel as well. Her YouTube channel features a variety of entertaining and lifestyle films.

As per George Towner, Christina Zilber, the creator and CEO of the cosmetics brand Jouer has collaborated on a new product with Amelie, a Georgetown University student. Amelie, like other college students, has a job that she fits around her classes.

Christina Zilber, the creator and CEO of the cosmetics brand Jouer has collaborated on a new product with Amelie
Photo Source: Instagram

Christina founded Jouer in 2008 after becoming enamored with the makeup artists she encountered on set throughout her acting and modeling roles. Zilber envisioned launching a makeup line that integrated high-quality skin-care products with attractive, inclusive colors in high-end packaging.

Jouer was initially introduced in New York City at Henri Bendel. Christina and Amelie created Jouer's newest product, a blush and bloom, cheek and lip combo. The partnership's goal is to embrace the many different ways that one might be "beautiful." Embracing one's inner beauty and using one's voice for advocacy, change-making, and empowerment were among Amelie's suggestions.

Amelie and Christina, like most moms and daughters, get on one other's nerves, but Christina informed that they forgive easily and know that no one has their backs as they do. Christina mirrored Amelie's sentiments, noting that working with her mother has been playful and enjoyable.